Year of the Moose : Mooseheads coming home after proving they're 'cut out for life on the road' 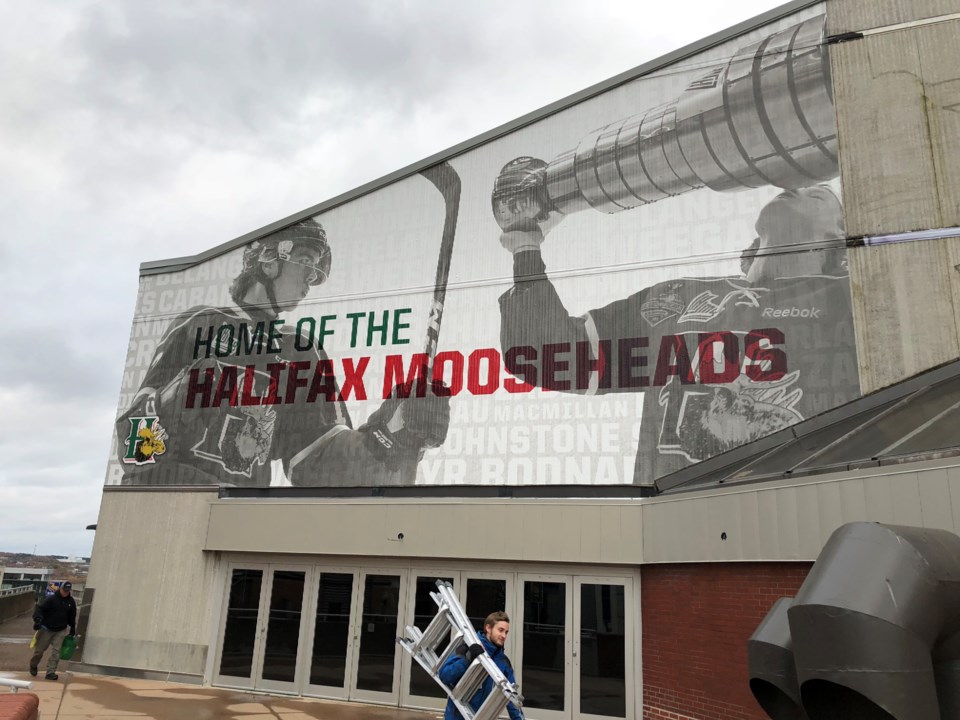 The great limousine driver Lloyd Christmas once observed that, “Some people just weren't cut out for life on the road.”

But that movie came out more than three years before Jordan Maher, the oldest Moosehead, was born.

And, with Saturday’s home opener at the Scotiabank Centre just hours away, there is little doubt that these Mooseheads were.

The 2019 Memorial Cup hosts are 11-3 through their first 14 games, good for 22 points and a tie for first place in the Q with the Rouyn-Noranda Huskies.

That’s an impressive record in and of itself but it’s even more remarkable when you consider that Halifax has played every one of those contests on the road.

“The road’s been pretty tough,” Halifax defenceman Justin Barron admitted on Thursday evening before the team departed for Sydney, a day ahead of Friday’s meeting with the Cape Breton Screaming Eagles.

The Mooseheads are coming off a thrilling 4-3 overtime victory over the Drummondville Voltigeurs on Sunday, a game in which Barron scored the first OT goal of his QMJHL career.

It was the team’s second-straight road win but, with a bounce or two last Friday night in a 4-3 loss to Victoriaville, they probably could have been riding a seven-game win streak into tonight’s game.

The Mooseheads outshot the Tigres 41-22 in their twelfth road contest of the 2018-19 QMJHL campaign.

“Fifteen games. It’s a big grind for us but I think we’re enjoying it, we’re spending a lot of time with the guys so I think our chemistry is improving, we’re getting to know each other a lot better so we’re very fortunate to have that.”

Consider that a silver lining in this busy schedule.

With several new faces on this year’s Mooseheads roster including new captain Antoine Morand, part of that trio of players from the Memorial Cup-winning Acadie-Bathurst Titan that also includes overagers Maher and Samuel Asselin, the time together on the road has been an opportunity to find some camaraderie both on and off the ice.

We’re just over a month into a new season and the Mooseheads have already got a big part of this year’s travel behind them. They have just 19 more games to play on the road between now and the season finale on March 16.

“Having that out of the way, it’s a big bonus for our schedule and with the way we’ve played on the road trip, I think we’re pretty happy with the record we’ve come out with,” said Jared McIsaac, the third year defenceman who has notched three goals and four assists in seven games for the Herd.

“Being at home a little more means we’re going to be able to practice a little more. Moving forward, we’ll have more time to execute those little details.”

The road warriors will finally return home to the Scotiabank Centre on Saturday night at 7 p.m. for the second match-up of their home and home weekend series with the Screaming Eagles.

It’s Rivalry Weekend in the Quebec Major Junior Hockey League so it only makes sense that the Mooseheads and Screaming Eagles should renew hostilities in the Battle of Nova Scotia.

Friday night’s game at Centre 200 is the second meeting of the season between the two teams. Raphael Lavoie scored twice and Alex Gravel turned aside 28 pucks in a 4-2 Mooseheads victory back on September 28.

Lavoie, who now has 11 tallies through his first 13 games, is currently in a three-way with Cape Breton’s Egor Sokolov and Rouyn-Noranda’s Felix Bibeau for the QMJHL lead in goal scoring.

The win on September 28 was Halifax’s ninth-straight victory Cape Breton but the Eagles are soaring right now. They’ve won four in a row including a pair of wins over the rebuilding Saint John Sea Dogs (2-9-2-1) and two more over a very talented Rimouski Oceanic (8-6-1-0) club.

He will likely face off against the Q’s winningest netminder in Mooseheads veteran Alex Gravel (8-3, .917 SV%, 2.82 GAA) on Friday. Both teams have been off since Sunday.

The Eagles’ will look to Sokolov and Mathias Laferrière, who each have 19 points on the year, for offence. Sydney native Mitchell Balmas, the overage forward, is third on the team in scoring with eight goals and nine assists in his fourteen games for his hometown team.

Join us against on Saturday at 6:30 p.m. on News 95.7 for the Burrito Jax Pre-Game Show, followed by the home opener at 7 p.m. on Dartmouth Dodge Mooseheads Hockey on NEWS 95.7.

Mooseheads dominate in 10-2 win over Eagles
Oct 24, 2020 9:35 PM
Comments
We welcome your feedback and encourage you to share your thoughts. We ask that you be respectful of others and their points of view, refrain from personal attacks and stay on topic. To learn about our commenting policies and how we moderate, please read our Community Guidelines.