Nothing but fond memories of being a Moosehead for Nathan MacKinnon

Ex-Moosehead was on hand to drop the ceremonial face-off Sunday at the Memorial Cup championship game
May 26, 2019 7:44 PM By: Tony Saxon 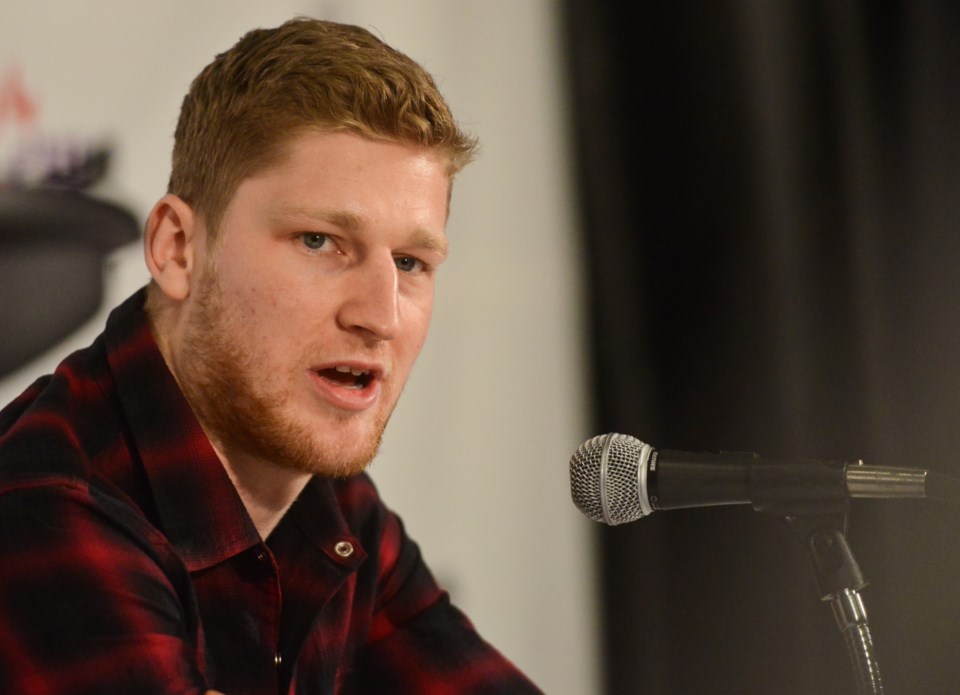 Nathan MacKinnon hasn't stepped foot in the Scotiabank Centre since the end of his junior career. But it felt good when he finally did.

MacKinnon was at the Memorial Cup Sunday just prior to the Memorial Cup final between his old team and the Rouyn-Noranda Huskies. He was the ceremonial puck-dopper and received a long and loud standing ovation from the sell-out crowd.

"I grew up a huge Mooshead fan, I billeted players and I have a very strong connection with this team. I was only here for two years bit it felt like a lot longer," said MacKinnon.

"I think the connection I have with the city is very strong. I come back here every summer and this is where I train and all my family and friends are here. It's great."

Drafted first overall by the Colorado Avalanche, he has been an NHL all-star three times in six season.

"I'm biased but I think junior is the best route to playing pro," MacKinnnon said, adding that the longer season and pro-style hockey was definitely the right choice for hm.

"I have such amazing memories," he said.

About the Author: Tony Saxon

Tony Saxon has had a rich and varied 20 year career as a journalist, an award winning correspondent, columnist, reporter, feature writer and photographer.
Read more