Unlike in previous years, fans will not be able to attend any practices, scrimmages, and preseason games in person
Aug 18, 2020 12:55 PM By: HalifaxToday Staff

The Halifax Mooseheads have announced the roster for their training camp, scheduled to begin on August 30.

Mooseheads general manager Cam Russell says 34 players have been invited (see below), including the top eight picks from June's draft, and seven other players from the 2019 draft.

"Among those on the roster but still to arrive are American Zack Jones, goalie Alexis Gravel and Europeans Attilio Biasca and Senna Peeters," says a news release from the team. "They are expected to join camp in the coming weeks."

Unlike in previous years, fans will not be able to attend any practices, scrimmages, and preseason games in person, but the team is planning to make some of those events available online free of charge.

The preseason schedule starts with the Mooseheads facing off against the Cape Breton Eagles in Sydney on September 1.

The schedule for the 60 game regular season -- set to begin October 1 -- is expected to be released in the coming weeks.

"Although the Return to Play proposal has been approved, please note that we are still in discussions with provincial health officials regarding an approved process that will allow a reduced number of fans to attend our games safely," said the Mooseheads Tuesday.

"Ticketing information, seating capacity, and building regulations will be released when, and if, our process is approved." 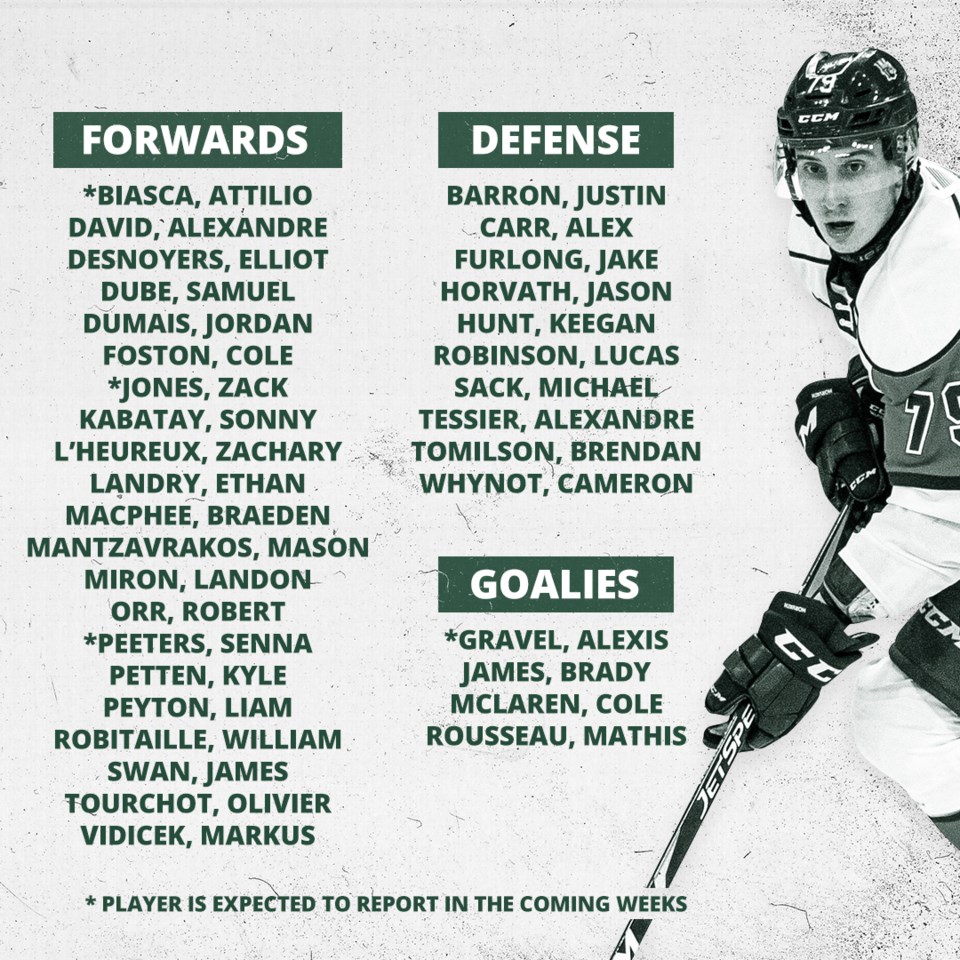