Moose in the hunt for second win at Memorial Cup Sunday 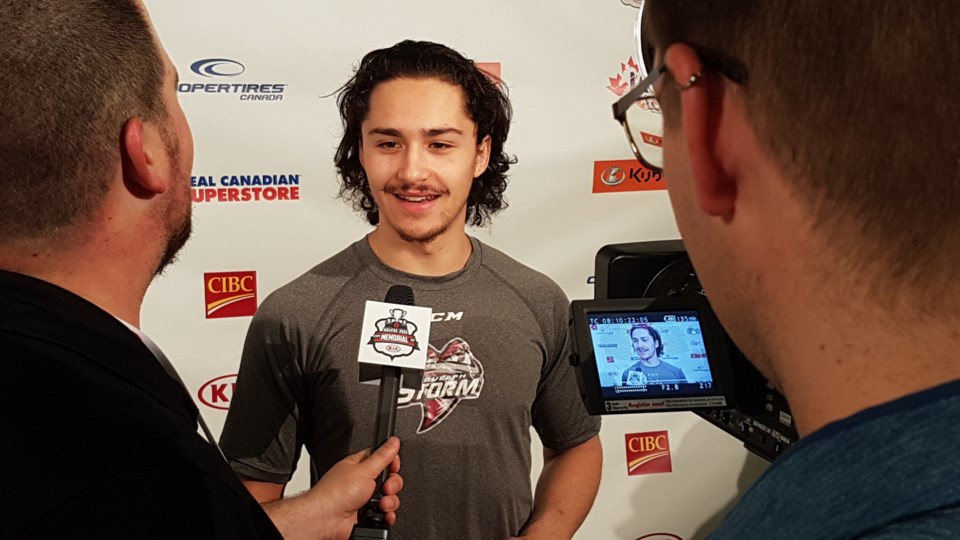 HALIFAX —  Halifax Mooseheads coach Eric Veilleux was sticking to his guns Sunday morning in preparation for his team's second game at the Memorial Cup.

The Mooseheads take on the Ontario Hockey League champion Guelph Storm at 8 p.m. in a battle of 1-0 teams.

"We have a style, and even though we've watched them play, it's important to concentrate on how we play and what we do," Veilleux said.

Halifax is actually the visiting team Sunday, meaning a different bench and the absence of the advantage of having the last line change.

As for not having the last change despite being in their own building, Veilleux said he may "tweak" his lines a bit if he doesn't like what he sees.

"We'll see how we match up and if I don't like it, there's always ways to go around it," he said.

Does the Guelph Storm present any particular unique problems in the way they play?

"Before you play them, you don't know. We watched them play against the (Ottawa) 67's, we watched them play (Saturday). They do have some big offensive players. They have a solid team. They're complete. But we're a good team too and we just have to stick to our game plan and go from there."

Guelph is coming off a 5-2 victory over the Rouyn-Noranda Huskies on Saturday night.

In that game the Storm had the Halifax fans on their side.

But Sunday there will be 10,000 Moose fans screaming in their ears.

"We know that the environment is going to be pro the visiting team and that's not us," said Storm coach George Burnett,.

The keys for the Storm, according to their coach: "Have the puck, play smart and try to spend as much time as we can in the offensive zone.

"They're a top team, they're here for a reason, they've earned their way here and we respect that," said Burnett of the host team.

Despite the big win to open the tournament, Burnett was still concerned about the turnovers the team committed in Game 1.

"They're a quick-strike team and if we're going to turn the puck over like we did last night we'll be on our heels and probably pay a price," Burnett said.

"We have to manage the puck extremeley well, their D are heavily involved in their attack and they get great goaltending," he said.

As for the quick turnaround for Game 2 just 24 hours later, Burnett said he wasn't concerend.

"The kids would rather play than practice at this point," he said.

"We're expecting a hard paced game, but again for us our big key is just to focus on ourselves and play the way we can play," said Ralph.

"If we do the same as we did last night, we'll be able to come through."

About the Author: Tony Saxon

Tony Saxon has had a rich and varied 20 year career as a journalist, an award winning correspondent, columnist, reporter, feature writer and photographer.
Read more