Ostap Safin returned to Halifax’s lineup in March after being out since November
0
May 15, 2019 12:15 PM By: Sportsnet 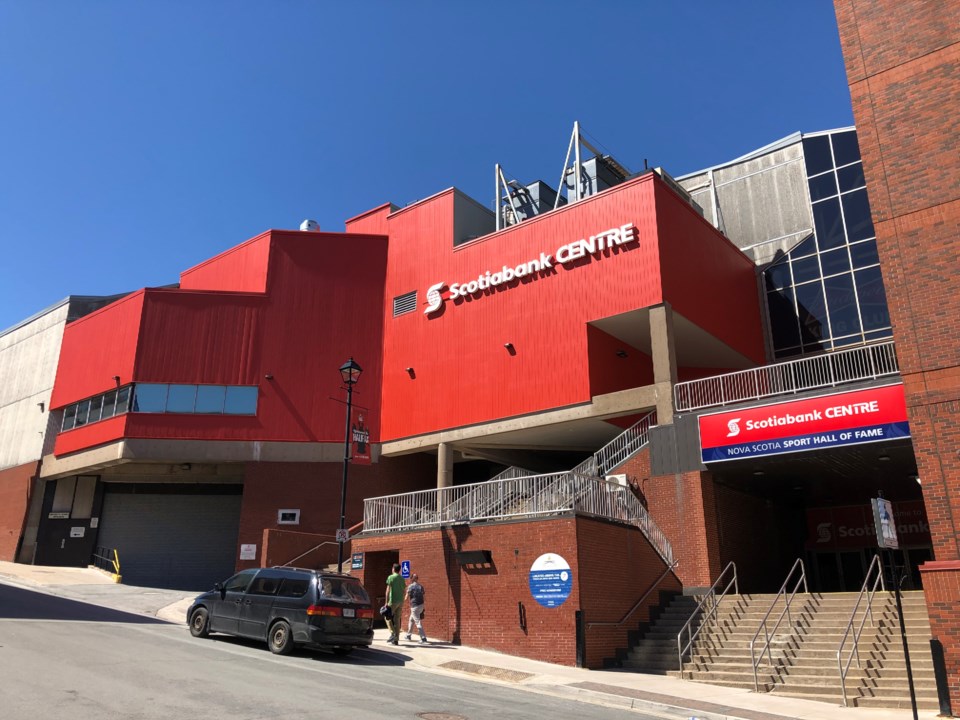 Following a thrilling end to a WHL final that included four one-goal games, an 8-2 blowout, a 3-1 series deficit and a Game 7 overtime winner to wrap it all up, the field is set for the 2019 Memorial Cup.

This year’s CHL championship takes place in Halifax, so the host Mooseheads are in despite losing the QMJHL final. This is their first appearance in the tournament since 2013 when, led by Nathan MacKinnon and Jonathan Drouin, they won the championship in Saskatoon.

The Rouyn-Noranda Huskies tied a CHL record with a 25-game winning streak this season and clinched their spot by just getting to the Q final, and then won the President Cup in six games. The Huskies last appeared here in 2016 and got all the way to the final where they lost in overtime to the London Knights on a goal from Matthew Tkachuk.

The OHL is sending the Guelph Storm, who had one of the more unbelievable playoff runs in memory. After sweeping Kitchener in Round 1, the Storm fell behind the Knights 3-0 in their second-round series but won four in a row, capped off by a 6-3 Game 7 win. In the conference final against Saginaw, the Storm again trailed 2-0 and 3-1 in the series, but won the last three in a row by a combined 12-3 score. And in the OHL final Guelph met the Ottawa 67’s, who swept every team they had met to that point and even jumped out to a 2-0 series lead on the Storm. But Guelph once again turned on the jets and won four games in a row, capped off by an 8-3 win in Game 6 to claim the J. Ross Robertson Cup.

Guelph is back in the Memorial Cup for the first time since 2014 when they lost 6-3 in the final to the Edmonton Oil Kings.

And the WHL just finished up Monday night with the Game 7 OT winner mentioned above. The Prince Albert Raiders trailed a series only twice – down 2-1 in the conference final to the Oil Kings and down 1-0 to the Giants in the final – and converted their WHL-best 54-10-2-2 into a league title. This is the first time the Raiders are heading to the Memorial Cup since all the way back in 1985, when they beat Shawinigan 6-1 in the final.

With four teams left in the CHL, we’re focusing on the eight players who are prospects of a Canadian NHL team for you to watch. Of note, Cam Hillis is a Canadiens prospect currently with the Storm, but he is excluded from our list because he’s injured and will miss the event.

Cole Fonstad, Montreal Canadiens
The five-foot-10, 165-pound forward will probably return to the WHL in 2019-20 for his age-20 season and will likely improve upon the 73 points he posted the past two years. This playoff run hasn’t been as productive for the Estevan, Sask., native – after getting four points in a four-game Round 1 sweep, Fonstad was kept off the score sheet in Rounds 2 and 3. He got a goal and an assist in the WHL final and had a great chance to score the go-ahead goal in the final minutes of Game 7.

Parker Kelly, Ottawa Senators
Kelly came into the WHL final as Prince Albert’s seventh-highest playoff scorer and moved up a couple of spots with his effort against Vancouver. Kelly closed out with four goals and 10 points in seven games, including five multi-point games and a couple of assists in Game 7. Never drafted but signed by Ottawa last year, Kelly has been an assistant for the Raiders two years in a row and was above a point-per-game average this season for the first time in his four-year WHL career. Kelly turned 20 years old on May 14, so maybe there’s some birthday luck that’ll carry into the Memorial Cup.

Ian Scott, Toronto Maple Leafs
Already a finalist for the WHL’s goaltender of the year, Scott was named WHL Playoffs MVP following Prince Albert’s Game 7 win Monday night. Finishing the post-season with a 16-7 record, 1.96 GAA and .925 save percentage, Scott recorded two shutouts in the final and turned aside 24 of 26 shots in Game 7. He was exposed to pro hockey last season when he was added to the Toronto Marlies roster and played one regular season game. He credits that learning experience in helping him to the breakout season he had in 2018-19. A fourth-round pick in 2017, Scott signed his entry-level contract with the Maple Leafs in December.

Nick Suzuki, Montreal Canadiens
A key piece coming back to Montreal from Vegas in the Max Pacioretty trade, Suzuki fell six points short of hitting 100 for the second time in a row, but set a new career-best with 60 assists in the regular season. The playoffs are where he really shone. Suzuki got at least one point in 21 of Guelph’s 24 post-season games and had 12 multi-point efforts along the way, including a goal and two assists in the championship clincher. Suzuki was awarded with the Wayne Gretzky ’99’ Award as OHL Playoff MVP, joining a list of rather impressive names. Suzuki will turn 20 in August – look for him in the pro ranks next season.

Dmitri Samorukov, Edmonton Oilers
The six-foot-two, 181-pound defenceman has been a catalyst at a couple of key moments over Guelph’s wild playoff run. First, with his team trailing its second-round series 3-1, Samorukov scored a hat trick from the back end in Game 5 to spark the comeback. Then in Game 6 of the OHL final, with the Storm up 3-2 in the series but trailing 2-0 in the game, Samorukov scored 51 seconds into the second period to get his team on the board and added another goal plus two assists for a big night en route to an 8-3 win to clinch the title. Samorukov capped off his best major-junior season with 28 points in 24 playoff games to lead all blue-liners and, turning 20 this June, you can expect to see him at Oilers training camp and, at least, in the AHL next season.

Fedor Gordeev, Toronto Maple Leafs
Gordeev isn’t going to blow the doors off the hinges with his offence – he finished with just three playoff points in 23 games – but his strength and size (six-foot-seven, 224 pounds) is dominant on the blue line at this level. Gordeev was traded to Guelph as they loaded up for a playoff run (minus trading away of Ryan Merkley) and he’s someone head coach George Burnett turns to in tough situations. While Gordeev’s physicality is his best attribute right now, he was suspended for Game 2 of the OHL final for boarding. A fifth-round pick in 2017, Gordeev is already 20 years old, but does not have an NHL contract yet. The Maple Leafs, who are currently two under the 50-contract limit, have until June 1 to sign him or lose his rights. A strong Memorial Cup could go a long way for him.

Joel Teasdale, Montreal Canadiens
Teammate Noah Dobson may have won the QMJHL Playoff MVP, but Teasdale’s 34 points in 20 games led all playoff scorers in the league as he finally willed his team to a Q title. Teasdale was traded to Rouyn-Noranda this season as they loaded up, but going on a long playoff run was nothing new to him. In both 2017 and 2018, Teasdale was part of Blainville-Boisbriand’s run to the QMJHL final, where they lost both times. He was a big producer in both cases and in the 60 total playoff games he’s played over the past three years, the 20-year-old has 70 points. The left winger was signed, but never drafted, by Montreal and will graduate to the pro ranks next season. Along with Suzuki, the Canadiens won the rights to the top two CHL playoff scorers.

Ostap Safin, Edmonton Oilers
Like Hillis, injuries slowed Safin’s season in 2018-19, but unlike Hillis you will see him at the Memorial Cup. Safin was nearly a point-per-game player last season, but had 11 in just 15 regular season games in 2018-19. He returned to Halifax’s lineup in March after being out since November and so he’s been used lower in the lineup than perhaps he otherwise would have been. He managed just two points in 23 playoff games and hasn’t gotten on the score sheet since Game 6 of their first-round series.

This article was originally published on Sportsnet.ca.

Mooseheads snap losing streak with 7-4 win over Islanders
Mar 10, 2020 9:36 PM
Comments
We welcome your feedback and encourage you to share your thoughts. We ask that you be respectful of others and their points of view, refrain from personal attacks and stay on topic. To learn about our commenting policies and how we moderate, please read our Community Guidelines.