Cole Harbour native 19-year old Tyler Hinam broke the tie late in the third period, paving the way for the Huskies win
May 21, 2019 6:00 AM By: Dave Heintzman 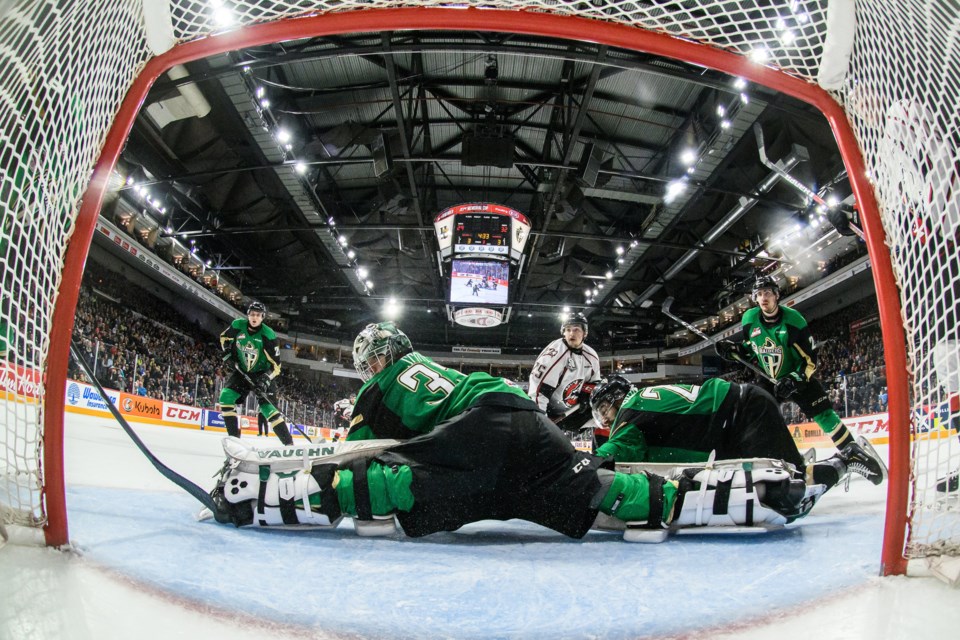 In a matter of less than five minutes, a flurry of late goals by the Rouyn-Noranda Huskies gave them the win over the Prince Albert Raiders Monday night at the Memorial Cup.

It was a night to remember for Hinam as the Cole Harbour native tallied two markers for the Huskies, including the all important tie breaking goal with 4 minutes 32 seconds left to play.

Less than 90 seconds later, teammate Joel Teasdale bounced the puck off an opposing player and into the net for the insurance goal, before an empty netter put the game away for good for Rouyn-Noranda.

Despite the Huskies (59-8-1) and Raiders (54-10-4) being the top two ranked teams in the Canadian Hockey League, they both lost their tournament openers, and now Prince Albert is on the verge of elimination unless they win Tuesday's game against the Guelph Storm.

Rouyn-Noranda is facing the Moose tomorrow night - that's a rematch of the QMJHL championship which saw the Huskies beat the Herd in six games.

Meanwhile, Halifax mayor Mike Savage posted a lighthearted letter to employers on Twitter, asking them to 'go easy' on sports fans Thursday morning after what he calls an 'ultimate sports day' with two major games the night before.

The Halifax Wanderers are playing a game Wednesday just a few hours before the Moose hit the ice.

Savage is asking employers to be sympathetic, and suggests they fill the water cooler, postpone morning meetings, and have salty snacks on hand.