LONDON — Unemployment in the U.K. edged up in July even though large parts of the economy reopened after the coronavirus lockdown, a signal that the jobless rate is set to spike higher when a government salary-support scheme ends in the autumn.
Sep 15, 2020 12:38 PM By: Canadian Press 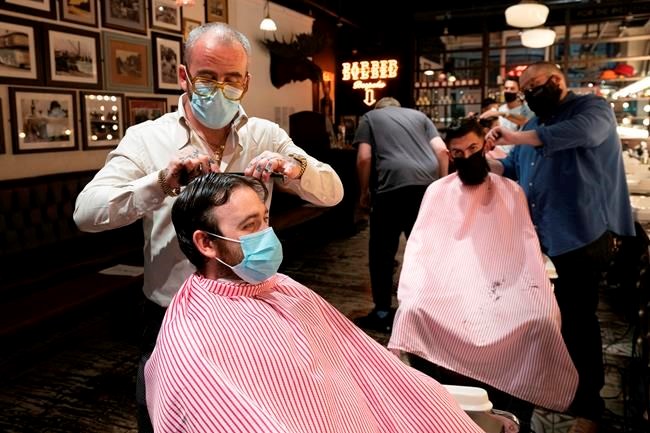 LONDON — Unemployment in the U.K. edged up in July even though large parts of the economy reopened after the coronavirus lockdown, a signal that the jobless rate is set to spike higher when a government salary-support scheme ends in the autumn.

The 104,000 rise in the number of people unemployed during the three-month period to July took the total to 1.4 million, and raised the unemployment rate by 0.2 percentage points to 4.1% — the biggest increase since the pandemic began.

The rise in unemployment came even after the reopening of the hospitality sector in early July, following the reopening of shops selling items deemed as nonessential, such as clothes and books, a few weeks earlier. The reopening of key sectors in the economy meant many people could return to work following months at home.

To prevent an immediate spike in unemployment when the lockdown was announced in late March, the government introduced the Job Retention Scheme, which saw it pay the bulk of the salary of workers that firms kept on payroll rather than making them redundant.

At the height of the lockdown, around 30% of the British workforce was on so-called furlough. The reopening of the economy in recent months has reduced that to around 13%, according to the Bank of England.

Analysts worry that unemployment will start to rise more markedly in coming months as the package, which was used by more than a million companies to keep nearly 10 million employees on payroll, ends on Oct. 31.

The unemployment figures show that some firms have started laying off staff ahead of the program's end. The statistics agency said another 36,000 people fell off the payroll of private companies in August, taking the number to 695,000 since the imposition of the lockdown in March.

“The furlough scheme has been very effective in cushioning the blow from the pandemic to the labour market," said Debapratim De, senior economist at Deloitte. “But cracks are beginning to show, with unemployment rising, particularly among younger workers, and redundancies hitting their highest level in almost eight years.”

Most economists think the unemployment rate could more or less double by the end of the year to around 8%.

With many sectors of the economy struggling to return to normal business because of ongoing social distancing requirements, and parts of the country in localized lockdowns, there are calls for the government to provide additional support when the furlough program expires.

The government has announced a bonus for employers keeping workers on, but unions and employers think more targeted help is required in sectors like the hospitality industry and the performing arts, which are likely to struggle during the winter.

“That means building on the furlough scheme by setting up a new job retention and upskilling deal, to keep people employed at firms that have a viable future," she said.

Blowin' in the wind: Lost interviews hold new Dylan insights
Oct 27, 2020 11:44 AM
Comments
We welcome your feedback and encourage you to share your thoughts. We ask that you be respectful of others and their points of view, refrain from personal attacks and stay on topic. To learn about our commenting policies and how we moderate, please read our Community Guidelines.