Strong sellers’ market in Halifax shows no signs of slowing 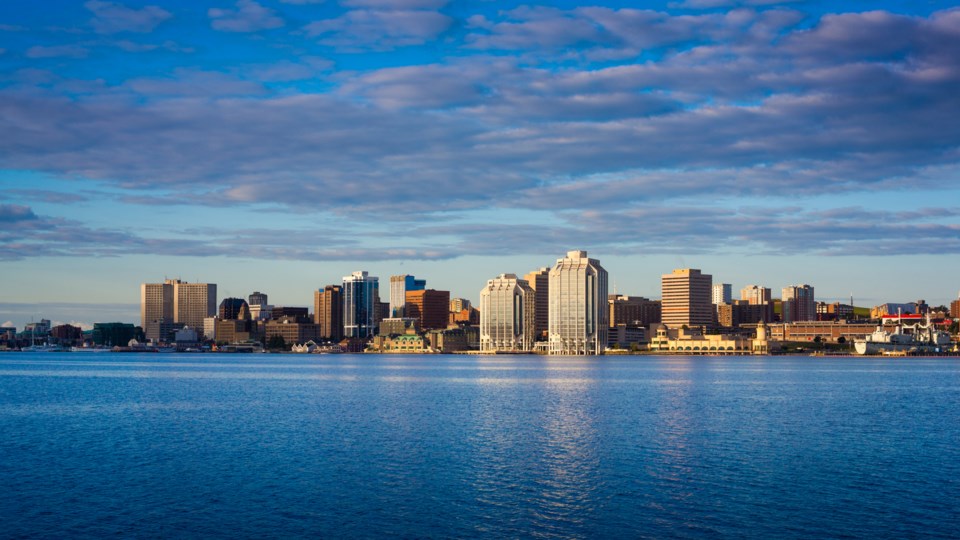 There are just too many factors driving it, says Halifax real estate agent James Dwyer of Engel & Völkers. Even if a few conditions were to change, there are still too many others at play.

“This is probably the strongest market we’ve seen in organized real estate for Nova Scotia,” he says. Right now, the median home price is $353,918; this time last year it was $300,000. “That’s a difference of 18 per cent, in one year which is significant on many levels. We typically see growth between 3 and 7 per cent.”

For sellers, of course, this is great news. Inventory is low and housing is in high demand. “Anything and anybody can sell a house in this market. It’s about maximizing that return on investment that’s the most critical part, and that takes a sound strategy and execution” says Dwyer.

How a home is brought to market and how it’s marketed are completely different things, he explains. It’s so important in preparing the listing that your home is professionally staged, professionally photographed, that videos and virtual tours are done and that there is a 3D component. You also need heavy social media content, which is different than the photos you’d use for a standard real estate listing.

It’s a lot to think about, yes, but definitely worthwhile. Halifax is now being recognized nationally and internationally, and the pool of potential buyers is so much larger with sight unseen offers being managed every day. Engel & Völkers is recognized as one of the top international real estate brokerages and the firm pushes its listings out in ways a traditional brokerage doesn’t. We have partnerships with The New York Times, Bloomberg, and other marquee American publishers that often do exposés and content that showcases our listings across the U.S., and in 33 countries including Europe and even in places like China and Hong Kong.

“We’re the most searched city in Canada right now and traditionally we were maybe in the top 30.  However, we saw this trend coming pre-pandemic,” he says.

You want to know what’s happening within the marketplace so you can create an environment where buyers end up competing for the listing. Agents know that there is pent-up demand among buyers, and they want to give every one of them a chance to make an offer. One way to do this is to hold off on reviewing offers to ensure multiple bids.

“We have never had to do that here in Halifax because we had a relatively buyer’s market for the past several years until inventory levels started to decrease in 2019,” says Dwyer. “These nuances of our current real estate market are still new.”

Dwyer cautions sellers against spending any money on the house they’re about to sell without first consulting with a professional. There’s no point updating the furnace when you won’t get any money back for it.

What’s considered worthwhile has shifted. It used to be that when the time came to sell, a homeowner would update the roof, the windows and the hot water tank—all the stuff no one ever wants to do—to make the home more appealing to potential buyers. Now buyers are more interested in seeing interior design elements like granite countertops in the kitchen. Dwyer calls this the HGTV effect - the roof could need updating and the windows could need replacing, but if the kitchen aesthetics are like something out of a tv show, it will sell, and then some.

Dwyer has clearly given the current state of the market a lot of thought. He reckons there are probably 12 or 13 different reasons why the market is the way it is. Boomers aren’t downsizing but are staying in their large family homes. People are still worried about Covid, and rightfully so, not wanting to have people in their home. Many millennials have been at home the past year, not travelling, and banking money so they have saved enough for a down payment. Interest rates are at a record low. Everyone is trying to leave the big cities. Builders too are struggling, facing multiple challenges: shortages of land development, building supplies for new construction, supplies taking longer to be processed due to new safety protocols and materials themselves going up in price.

James recognizes the downward pressure this all puts on the more rural parts of Nova Scotia that surround Halifax. “That’s where we’re starting to see some heavy competition,” he says. People who initially planned to buy in HRM may give up after, say, six months of writing offers and losing out. They get frustrated and decide they’ll move further out and commute. As they’ve been accustomed to bidding well over-asking, they continue to do that in markets that are very different, and of course these markets are seeing the out of province buyers also competing for properties. This is raising the prices in smaller communities and can price out the locals, who in turn may end up moving further afield. “In a short period of time those sale prices are now edging up more and more,” says Dwyer.

One difference he notices between the other markets in the top 18 in Canada is that Halifax still has the lowest median sale price—by a lot, even after this recent growth. “That floor for pricing is so low that it’s becoming very appealing for interprovincial and international migration. Adding to that global interest, is that international buyers look at Canada and think, well they did Covid really well. Now it’s time to migrate somewhere that’s more stable,” he says.

“Why wouldn’t I move to Nova Scotia? I’ve got the ocean, all the amenities of a major city centre, I’m surrounded by water, but I have everything I need. My coffee shop and my grocery store are within a 10-minute drive. Yet I’m also sitting here watching fishermen fish their lobster out of the Bay. You can do that here and you can do that relatively cheap.”

Selling a house these days, in this market, is a very chaotic experience, Dwyer says. You want to make sure you’re surrounding yourself with the professionals who can set a strategic plan, and vet things for you while making the experience smooth and efficient. You need someone on your side who is advocating for only your best interests.

His last piece of advice? Temper expectations. While you may have read about a record-selling house, it’s likely an unusual situation. In the last 30 days, only 60 per cent of the sold houses in Halifax sold at or above asking; 40 per cent did not. Your best bet is to talk to a trusted real estate advisor.