Got bills? Where to start managing holiday debt 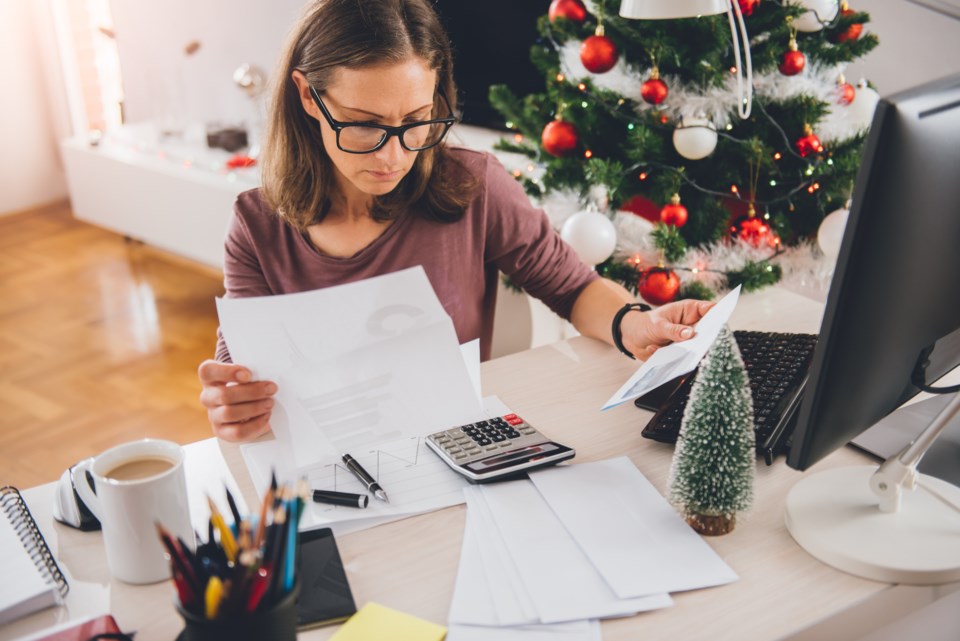 Got holiday bills? You’re not alone.

While we all spent different amounts over the holidays, what most of us have in common is that we used credit to make our purchases. That means that for the next couple of months we’ve got payments to make and balances to reduce.

The average consumer debt load for Nova Scotians is $22,546, which means many of us were already carrying debt before the holiday season even began. We likely spent at least a thousand dollars—and maybe quite a bit more—shopping for Christmas.

On top of that, no one will argue that last year was an especially tough one.

“Everyone will say COVID is the go-to reason, but as a by-product of COVID, more people shopped online, which is way easier than physically going to a store,” says David Moffatt, Debt Relief Specialist and Director, 4 Pillars Consulting Halifax.

Why is online shopping so dangerous? It’s easier to spend more because you’re not really paying as much attention as you normally would. It’s also surprisingly easy to lose track of how much you’ve ordered and over-buy.

“I know that discretionary spending actually increased during the pandemic and I would assume that carried forward into the holiday season as well, but we won’t see those stats for probably a few months,” says Moffatt.

When you’re suddenly faced with the reality of what you’ve spent, where do you start? Moffatt suggests taking stock of everything and figuring out how much debt is actually owed, then weighing that number against how much income is coming in.

What you don’t want to do is just automatically think you’re okay with a higher balance owing sitting on your credit card, that you’ll just increase your minimum monthly payment by, let’s say, $200 until the debt is paid off. That same $200 maybe your entire discretionary cash load, so when an emergency comes along, you won’t know how to handle it.

“A lot of people aren’t honest with themselves when they do their budget,” warns Moffatt, “and it’s not because they don’t intend to be. When doing a budget, it’s not enough to think about the cost of rent, for example. You have to think about car repairs, the licenses that renew every couple of years, and the car insurance renewal you might have to pay annually that most people don’t think about. We recommend people go through the last 12 months of their bank statements to get a good idea of what their actual spending is.”

If you’ve got holiday debt, try one of these approaches:

The first approach is really just trying to figure out if you can actually budget your way out of this. Crunch the numbers and see if this is possible.

Think about any assets that can be sold in a reasonable manner but be careful, Moffatt advises, because many assets are protected.

You could go to the bank and get a consolidation loan, but the big risk with this is that you’re now just further extending the problem. You might be taking a debt that should be paid back over a year and spreading it out over a five-year timeframe.

Past this point, you’re looking at more invasive options, all of which come with credit impacts. For these, you’d typically want to consult a professional.

When you’re looking at the amount of debt you’re carrying, you need to have a plan. If you’re also carrying other consumer debt, including tax debt, and if that can’t be paid back within a five-year window, you absolutely need to consult a professional, says Moffatt.

The average consumer spends 18 months trying to solve their own situation after they realize they have a problem. He would love it if people really thought about their spending and took an active approach to try to manage it. You can either do it yourself and figure out how to get out of debt, or you can self-identify that you need help and can’t solve the issue yourself.

The busiest time of year for Moffatt is January through March, which corresponds with holiday spending and tax time.

“Holiday debt is typically a catalyst to a pre-existing debt problem,” says Moffatt. “Usually there was already an issue ahead of time.”

Have questions about managing debt for David Moffat? Just drop them in the comments below – he’d be happy to answer!

Have any useful tips for managing debt? We’d like to hear about those too!

LakeCity Works: Creating bright futures for those living with mental illness
Feb 26, 2021 9:00 AM