Skip to content
Sponsored Content
This Content is made possible by our Sponsor; it is not written by and does not necessarily reflect the views of the editorial staff.

From cooking for a Prince to becoming a restaurateur in Halifax

Chef Abdul Kadar Sadieh (Chef Abod) talks about his move from Syria and why giving back to his community is important.
0 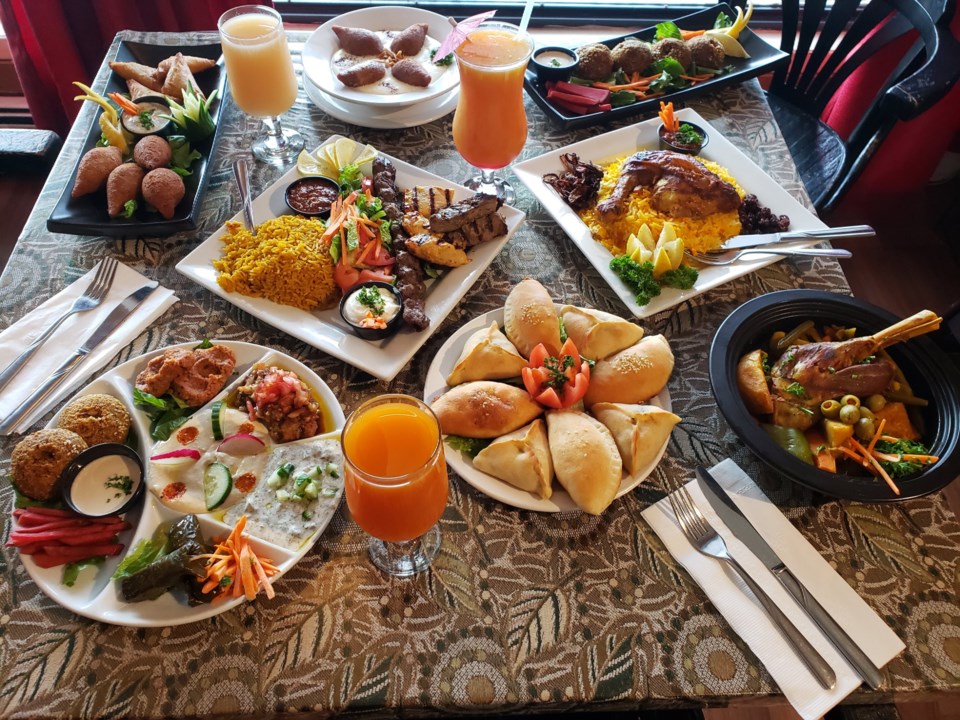 Life has an interesting way of guiding you to the place you should be – even if it was never in your plans.

That’s exactly what happened to Abdul Kadar Sadieh, or Chef Abod of Chef Abod Café & Catering as those in Halifax know him.

From working for a Prince to being a restaurateur in Halifax

Chef Abod has led a fascinating life. Born and raised in Syria, he earned a Diploma in Culinary Arts and worked for nine years in various restaurants, the last four as executive chef at a major hotel chain in Bahrain.

His culinary journey took him to Saudi Arabia, where for three years he was the personal chef for Prince Mishaal bin Abdul Al-Aziz. While Chef Abod loved his job with the Prince, he knew it was not his future. He returned home to Syria, where there was an interesting opportunity waiting for him.

“My brother found an advertisement that they needed two chefs in Canada to work in a new restaurant. He asked me to apply with him so we can go together and work together,” said Chef Abod. “So, we applied for the job together, but unfortunately, they took me but they didn’t take him.”

Deciding to go to Canada without his brother, Chef Abod and his wife arrived in Halifax in 2003, where he worked as executive chef in a restaurant called Sahara for one year. He moved on to work at a restaurant called Turkish Delight for the next six years, but he said opening his own restaurant was always his end goal.

After about five years, Chef Abod decided it was time to begin making his goal a reality. His first step was connecting with the Immigration Services Association of Nova Scotia (ISANS), an organization that helps Canadian immigrants build a new life in Nova Scotia.

“I took courses for business plans and accounting, all the courses to help me to learn the culture of Canada and about how to run a business here,” he said.

For the next six months, Chef Abod began preparing meals in a commercial kitchen and serving them at the local farmer’s market to “engage and connect with the people.” Finally, in 2011, he found the perfect location and was ready to open Chef Abod Café & Catering, a restaurant that boasts an impressive menu of Middle Eastern and popular Canadian cuisine.

“When I first opened, I didn’t expect it to be successful right away - to be busy - but it was exactly the opposite of my business plan,” he said, adding that usually, it takes two or three years in this business to be successful.

It was community support that made it a success.

How giving back is an important part of staying connected, and saying thank-you, to your community

Today, Chef Abod is passionate about giving back to the ISANS and the community who supported his dream of owning his own restaurant.

Understanding first-hand what it’s like to be a newcomer to Canada, Chef Abod supports ISANS by regularly donating food to their events including their welcoming newcomer events. He is also proactive about hiring newcomers to the community at his restaurant.

“I try to give back even a little bit of what they gave me.”

He recently sponsored a family from Syria and is currently working with local kids who are participating in the Nova Scotia Spelling Bee, an event he is sponsoring. Chef Abod said it’s not only his pleasure to do these things, but his responsibility to give back to his community.

Keeping it local and healthy

While Chef Abod gives back to his community in many forms, another way he gives back is by providing a variety of high-quality dishes made from locally-sourced ingredients.

“Many restaurants are looking for cheaper quality food to make money, but 95 per cent of our food is fresh and local,” he said, including their lamb, beef, chicken, and their vegetables.

“Everything is made in-house and fresh daily for the people of our community.”

Chef Abod feels strongly that while people are often too busy and opt for junk food instead, they do not have to sacrifice healthy eating and nutritious food.

This Content is made possible by our Sponsor; it is not written by and does not necessarily reflect the views of the editorial staff.

The enduring power of print in the digital age
Feb 21, 2020 9:30 AM
Comments
We welcome your feedback and encourage you to share your thoughts on this story. We ask that you be respectful of others and their points of view, refrain from personal attacks and stay on topic. To learn about our commenting policies and how we moderate, please read our Community Guidelines.