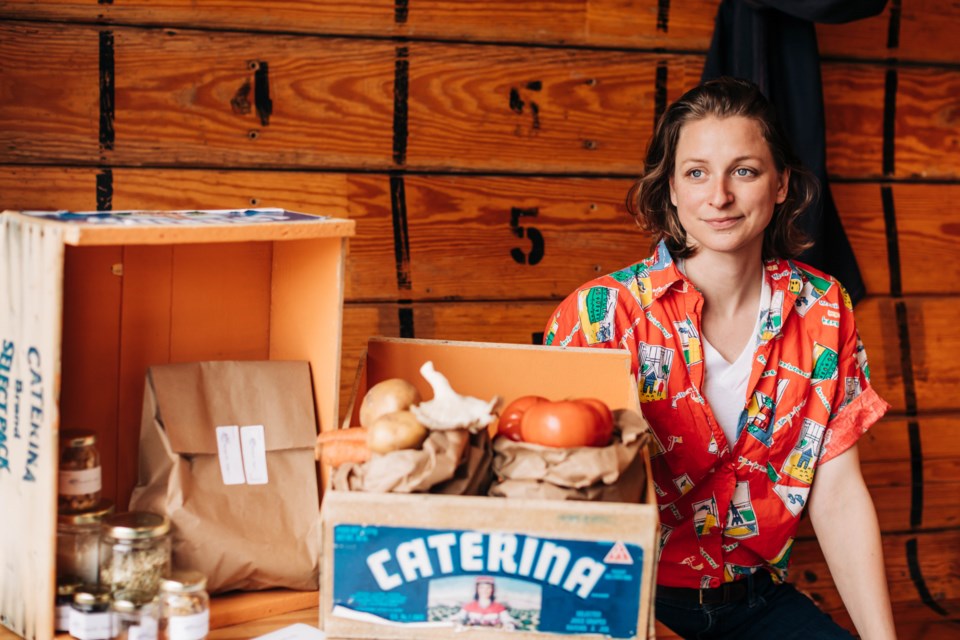 When the pandemic broke out in the province in March of 2020, Kara Friesen was at a crossroads.

Not only did COVID-19 sideline a plan the NSCC Business Administration student had been working on, but she recognized the onset of food security struggles that many Nova Scotians were about to undergo after impending virus-related job cuts.

“I was feeling very helpless in the midst of all of it,” says Friesen. “(But) I thought maybe this is the moment, maybe this is how I can help.”

With money she had saved up for a trip to Peru, Friesen began producing meal kits and delivering them to those who needed them — often for free or for whatever amount families were able to afford.

“People were losing their jobs and just going through hard times so it was just a nice way to lift their spirits a bit,” adds Friesen.

A generous gesture to be certain, it was also a four-week “test run” for Friesen, who soon analyzed the costing and put together a plan for her new meal kit company PieceMeal Food Provisions.

Rooted in sustainability, affordability and “closing the gap” on local food options between farm and families in Halifax and Nova Scotia, PieceMeal is a unique company that provides kits of fresh market foods, seasonings and recipes without unnecessary plastic packaging.

Even more notable is that Friesen has developed the business under a cost-sharing model in which she aims to combat food insecurity issues for those who struggle with putting meals on the table week to week.

“I really wanted the price to be accessible,” says Friesen who offers meal kits for $40 a week with an option to help those not as fortunate. “A lot of people have gone to the close-the-gap subscription, which is $50 a week, so they can pay $10 extra a week to subsidize other people’s meal kits.”

Friesen works closely with community partners such as Feed Nova Scotia in order to share those extra meal kits with struggling families that may fall in the growing food insecurity gap in the province.

“There are also people who work a full-time job who wouldn’t think to go to a food bank but also can’t afford to go to the farmers' market or buy a bunch of local vegetables and put together a meal,” adds Friesen. “I just want to close that gap.”

Launched in February, Friesen acknowledges the support she received from NSCC's Scotiabank Entrepreneur in the Making Program, which has been a big part of her success. Not only did she receive $3,000 to start up the company through the program but it also provided mentorship and boosted her confidence in the business.

“When I got the congratulations from all these teachers at the college, I was really over the moon and it gave me a huge push forward,” adds Friesen.

In addition to providing accessible meals to families, PieceMeal is also highly conscious about the waste most other mainstream services pack inside their meal kits. As such, PieceMeal does not deliver (Halifax orders can be picked up at Sourwood Cider) and Friesen offers a container return program.

“People come back every week with their box and their jars and then I supply them with more. They’re really willing to do that little bit of extra work,” says Friesen. “And the jars are really pleasing to the eye, it’s really nice to get a sauce in this beautiful little jar so I think people appreciate that too.”

For more information on PieceMeal Food Provisions, visit the website.