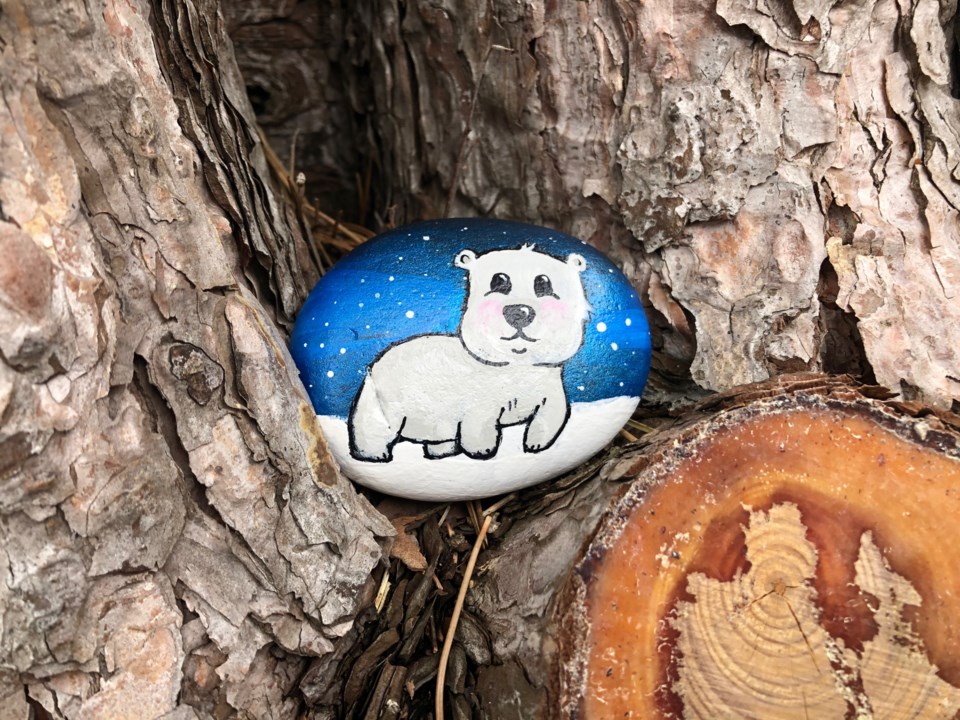 Oddly enough, the only thing Haligonians seem to love more than painting and hiding rocks is to find them dropped randomly throughout the city.

After all, that simple concept has really grown in popularity since Stillwater Lake-resident Ivan Graham casually started the Halifax Rocks Facebook group as a way to share a “wee bit of fun” with fellow residents in HRM.

Graham was inspired to create the local group after reading an article about a similar concept in Winnipeg, which itself was likely influenced by the Kindness Rocks Project.

Originated in 2015, that idea was born after a woman named Megan Murphy began leaving rocks with inspirational messages on a beach on Cape Cod.

On the surface, the idea behind Halifax Rocks is simple enough: be creative and paint a rock including details on the back directing finders to the Halifax Rocks Facebook page, then leave it in a public place for others to find.

People are welcome to keep or move the rocks, but those who do come across the painted rocks are encouraged to take a photo and share it on the group’s Facebook page in order to extend the joy.

“What I enjoy is the variety of rocks that we get,” says Graham. “We get everything from kids two or three years of age and they’re just putting splotches of paint on a rock to accomplished artists that are just incredible.”

Although the concept is simple, there are a few guidelines participants are encouraged to follow.

As noted on the Facebook group page, people shouldn’t hide rocks on private property or in cemeteries.  As well, Graham asks that people purchase rocks from craft stores or garden centers instead of removing from provincial parks, private property or beaches.

“If everybody went to the beach and got a bucket of rocks,” adds Graham. “There wouldn’t be many beaches left.”

Prior to the COVID-19 pandemic, Graham saw the growth of the group expand steadily and says tourists often participated as well, moving rocks around the province or even taking them overseas.

While the rocks haven’t travelled as much outside of HRM since the start of the pandemic, Graham admits the popularity hasn’t waned over the past year. In fact, for many the group has become a sanctuary of sorts throughout the pandemic.

“For people painting the rocks, it’s an artistic outlet and it’s also therapeutic for some folks. They find it very relaxing,” says Graham, who adds the act of hiding them also motivated many people feeling locked down in their homes to get outdoors.

“And if you’re out walking on one of these trails or in a park and you come across a rock, it just gives you a wonderful, good feeling — a feeling of joy.”

For Graham, the experience of creating the quick-growing group of hide-and-seekers has brought a great amount of satisfaction — knowing that during very uncertain times, his Facebook group has helped thousands remain steady as a rock.

“The greatest reward is seeing the enjoyment that people get out of it,” says Graham. “And occasionally, someone will find a rock that has a phrase or message on it and it’s so suitable for how they’re feeling that day that it has great meaning and that’s a good thing too.”

For more information on Halifax Rocks, visit their Facebook webpage.