The non-profit organization will be adding a new skateboarding program in the Halifax region for young girls later this spring
Mar 30, 2021 1:44 PM By: Steve Gow 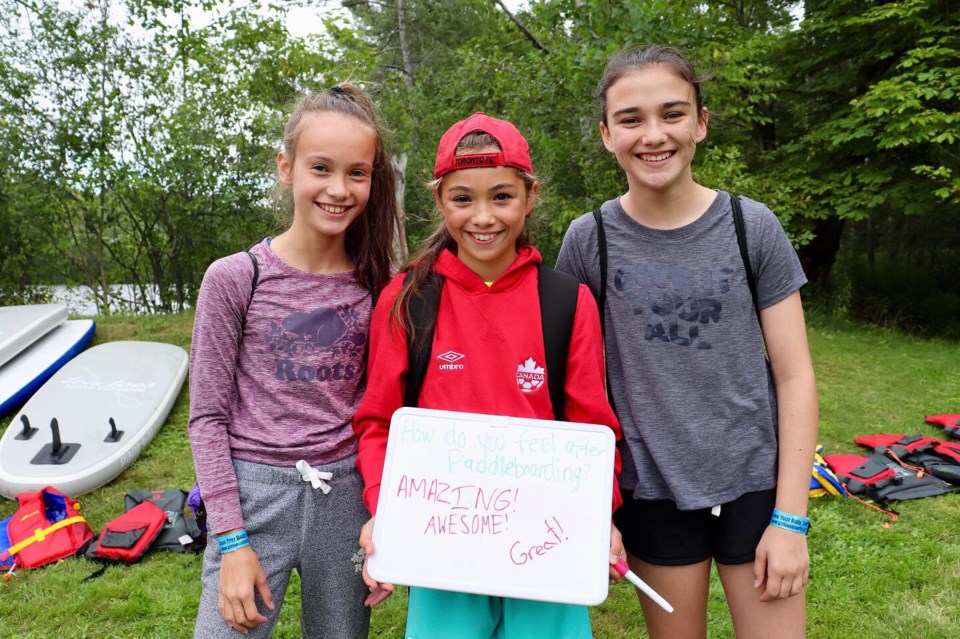 Girls on Boards founder Mia Lockhart discovered the social and bonding power of sports during a trip to Costa Rica when she went stand-up paddleboarding with her two teenage daughters.

“For us, it was kind of a magical experience,” recalls Lockhart, a longtime massage therapist in the Wolfville area. “For 20 years, I’ve been trying to help people feel better in their bodies and there’s something about trusting yourself to stand on the water and being aware of your body.”

At the time, she was blogging and writing about her own experiences with anorexia as a teenager and found that paddleboarding helped open up valuable conversations about body issues and empowerment with her kids.

“I loved doing that for my daughters and wish I had done something like for myself when I was 12 or 13, trying to find peace with my body, and I wanted to do it for other girls,” adds Lockhart. She found a way to help those other young girls soon after returning to Nova Scotia.

Since its start in 2017, Girls on Boards has run several successful stand-up paddleboard tours and programs as a non-profit organization aimed at empowering girls and women to love and trust their bodies using immersive recreational experiences to create open conversation.

In Nova Scotia, Girls on Boards has taken nearly 500 girls on sponsored tours — supported largely by more than 1,100 tour paddlers through the organization’s Pay It Forward program.

“We have to be sustainable and we don’t live off grants so we are ‘pay it forward,’” says Lockhart, who adds the funds from private and corporate paddleboarding tours and rentals all go to a good cause. “(We do) all of that so that we can sponsor the girls programs.”

Among the many offerings Girls on Boards features is a 4-day youth paddleboarding skills camp that is open to all youth aged eight to 12. Launched last summer, amidst the pandemic, the program proved to be very successful.

“It was one of the sports you could do and have everyone keep their distance,” says Lockhart. “It’s a nice, safe, summer sport and the camps were really successful — we’re having more this year because they were full every time.”

The success of Girls on Boards isn’t showing signs of slowing down either. The organization’s programs have also expanded to include such sports as snowboarding and it will be introducing a skateboarding program in the Halifax region for girls later this spring.

“These board sports, which are more single-person sports of course, are less about competition and more about how you feel on the board,” says Lockhart. “So that’s what we always try to do — help you be comfortable in your own bodies, find your edge, trust yourself a little bit more and then when you’re in that great zone of being in your body, have conversations about how it feels instead of how it looks.”

Girls on Boards hopes to make an even greater impact on the community in the near future. With a licensed leadership program, the organization has trained more than 30 girls to run similar events around the country and as far afield as Australia.

In fact, after a recent audition, Lockhart will soon find out if she has been accepted to pitch her concept in-person to the investors on CBC’s hit show Dragon’s Den, which could help launch the program on an even larger scale.

“The whole point is to spread it so people can bring it to their own communities and run these programs,” says Lockhart, insisting her intention is to keep Girls on Boards running on a non-profit social impact business model. “Recreational empowerment, that’s basically what it is, so being able to do fun things but also do good.”

For more information on Girls on Boards and their programs, visit their website.

Birdland Community Garden aims to be accessible to everyone
Apr 13, 2021 1:44 PM