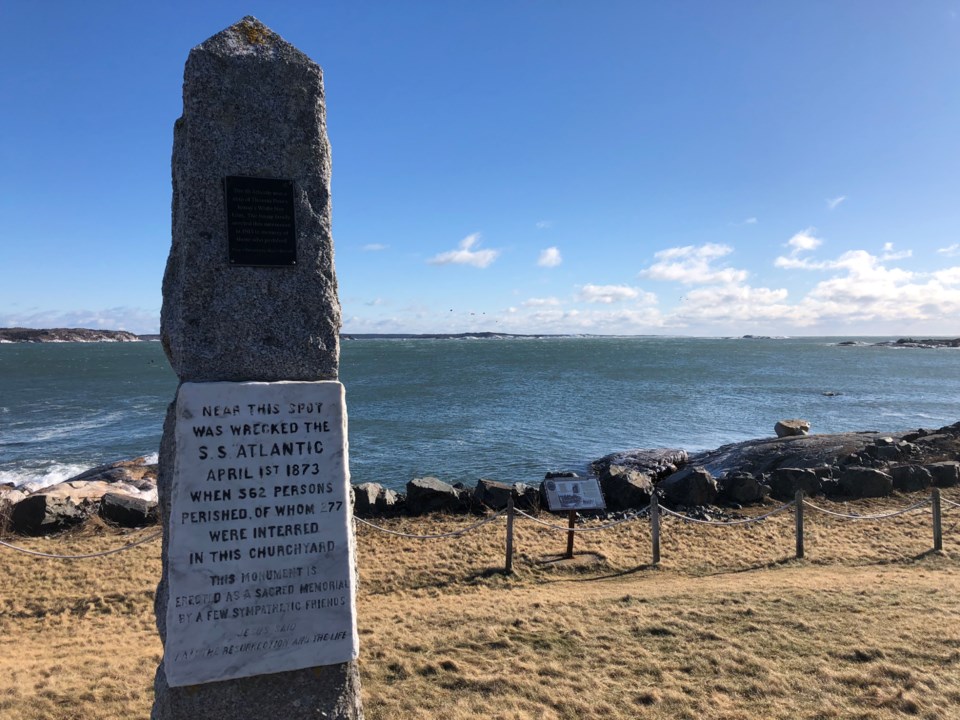 A group of Saint Mary's University archaeology students are in the process of trying to determine the boundaries of a mass grave in Terence Bay.

The grave in the St. Paul's Anglican Cemetery contains victims of the SS Atlantic.

The steamship was carrying around 1,000 people from Liverpool, England to New York.

Captain James Williams feared they were running out of coal and decided to head for Halifax, however in the early morning hours of  April 1, 1873, due to a navigational error, the ship ran into the rocky shoreline off Lower Prospect.

There were 420 survivors of the wreck, but around 550 people died, making it the biggest shipwreck in Nova Scotia history.

Archaeologist Dr. Jonathan Fowler is leading the project and said a team of students is using non-invasive technologies to find the grave's boundaries.

"So much of modern archaeology is not so much about digging, I mean we can do that, we like digging, but in this case, we don't want to dig into a mass grave if we don't have to," he told NEWS 95.7's The Rick Howe Show. "So what we're using in geophysics, we're using ground-penetrating radar and that sort of thing, in order to investigate the site without really having to touch it or alter it."

Fowler said the grave has been subject to erosion. He said at one point, human remains were even washing down onto a beach adjacent to the site.

"A lot of work was done to stabilize the site, putting down rock and that kind of thing, but it would be helpful in the longer term, not only to interpret the site better, but also to protect it, if they can determine where this thing is," he explained.

Fowler said erosion is a common problem faced by archaeologists in Nova Scotia, as historically, many communities have been built near the sea.

His team is also trying to measure the erosion of the coastline by combing through aerial photos taken by the Government of Canada.

"By looking at decades and decades of photos over time, we can see how much of the coastline is being chewed up, at what rate and where," he said.

The team spent a day on site putting in survey grids, then returned about a week later to conduct their surveys. Students are now in the process of interpreting all of the collected data.

Trending in Remember This