Remember This? The sinking of the Titanic 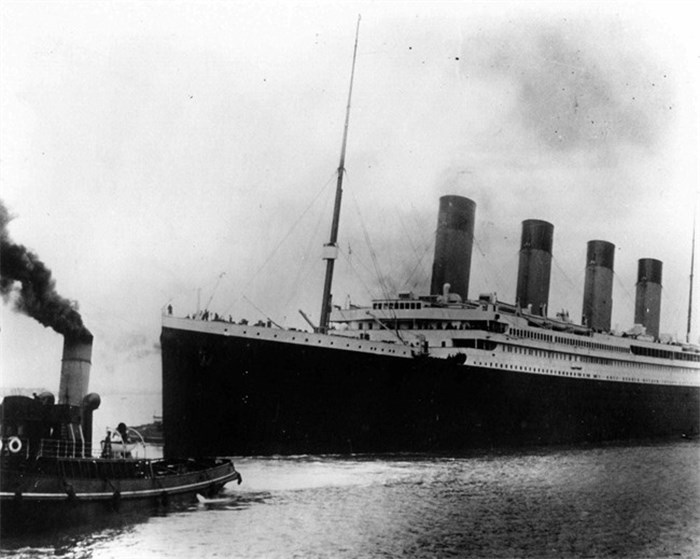 The British liner Titanic sails out of Southampton, England, at the start of its doomed voyage on April 10, 1912. Some 1,500 passengers and crew members died on April 15, 1912, when the so-called “unsinkable ship” struck an iceberg and went down in the North Atlantic, south of the Grand Banks of Newfoundland. One hundred fifty of those victims were laid to rest in Halifax. (via The Canadian Press/AP)

It's been 107 years since the Titanic sank in the North Atlantic Ocean.

She was thought to be unsinkable when she left Southampton, England on her maiden voyage, en route to New York City.

"It took quite a while to get themselves organized because folks didn't think the ship was going to sink," explained author of Halifax and Titanic, John Boileau. "The captain certainly pressed no urgency into the operation to get lifeboats launched."

"The first lifeboat wasn't launched until 12:40, an hour after the Titanic struck the iceberg."

He told NEWS 95.7's The Rick Howe Show, that lifeboat had 28 people in it. It could hold 65. Eighteen of the twenty lifeboats on board were successfully lowered into the water and many were not filled to capacity.

Women and children were prioritized in the evacuation, however some men were able to make it into a lifeboat.

"There were some women who would not leave their husbands. There was also a fear that the lifeboats would break when they were lowered down, that they wouldn't hold 65 people."

The last lifeboat was launched at 2:05 a.m., 15 minutes before the unsinkable ship disappeared into the ocean.

Transatlantic passenger steamship Carpathia rescued around 700 people, however over 1,500 died in the disaster.

Only 337 bodies were recovered, 328 by three ships dispatched from Halifax. The Maritime Museum of the Atlantic says 119 were buried at sea and 209 were brought back to Halifax.

Some of those were returned to their home communities, but 150 victims were buried in three local cemeteries, Mount Olivet, Baron de Hirsch and Fairview Lawn.

The famous story of the band playing on while the Titanic sank is true says Boileau, although there's some dispute over whether the eight-member orchestra performed Nearer, My God, to Thee or a French tune called Autumn.

"Only two bodies of the band were recovered," he said. "One was John Hume who is buried here in Halifax. The other was the band leader whose body was taken back to the U.K. for burial."

'Let them rest in peace' : American man wants to exhume unidentified Titanic victims
Apr 11, 2019 1:07 PM
Comments
We welcome your feedback and encourage you to share your thoughts on this story. We ask that you be respectful of others and their points of view, refrain from personal attacks and stay on topic. To learn about our commenting policies and how we moderate, please read our Community Guidelines.