Remember This? The Origins of Natal Day

Natal Day, which falls on the first Monday of August, is a popular civic holiday in the Halifax-Dartmouth area
0
Aug 6, 2018 12:43 PM By: David Jones 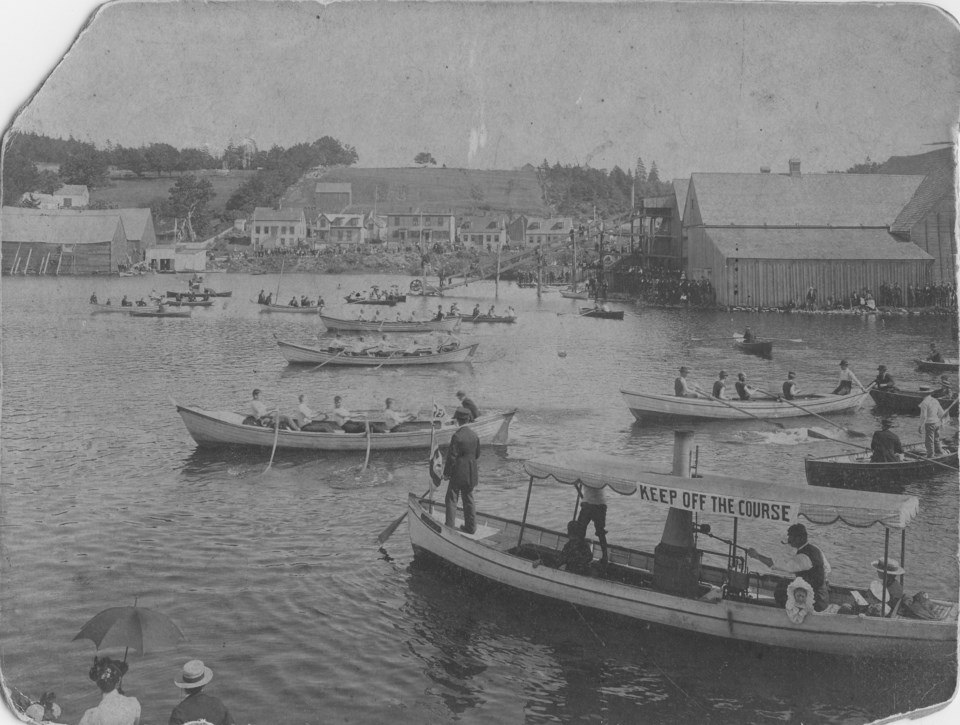 Natal Day, which falls on the first Monday of August, is a popular civic holiday in the Halifax-Dartmouth area; marked over the years by events such as fireworks, parades, paddling regattas, cake-cutting, road running races, concerts and fairs.

Halifax used to celebrate Natal Day on June 21st, to commemorate the ‘founding of Halifax’ in the summer of 1749.

In the Gregorian calendar, the arrival of British settlers, under controversial Edward Cornwallis, on Mi’kmaw territory would actually have taken place on July 2nd, 1749 (two hundred and sixty nine years ago). June 21st marks the Summer Solstice and is recognized throughout Canada as National Indigenous Peoples Day.

In discussing the Dartmouth origins of the August Natal Day long weekend on page 456 of The Story of Dartmouth, Dr. John P. Martin, late Town Historian writes: “The summer of 1895 is to be particularly noted because in that year was held our first
annual celebration – an attraction which has continued with few interruptions down to the present day. Dartmouth had for many years been accustomed to observe the Natal Day of Halifax on June 21st , when schools were closed all day, and most shops shut up at noon. Dominion Day was largely unrecognized, whereas June 21st  was a great ‘out of town’ holiday. ‘But why not commemorate our own Natal Day’ queried townsfolk of that time, ‘and have such a celebration coincide with the coming of the first train over the new branch railroad?’ As the branch was scheduled to be completed in August, preparations were made early in 1895 to put on some sort of a summer carnival. Railways were to be requested to issue special fares so that train-loads of visitors who had never seen Dartmouth would throng here to note our advantages as an industrial and residential centre, and also to survey the scenery around Dartmouth Lakes, then described as the ‘Killarney of Nova Scotia’. By June it was quite evident that the branch would not get finished that year. The Dartmouth Committee, however, went right ahead with their plans for an August regatta and fireworks display at First Lake.”

The Alderney, transporting from England 353 passengers to what would become Dartmouth, arrived in Halifax Harbour, based on John Martin’s research from page 77 of The Story of Dartmouth, sometime between August 19th and August 23rd which would be between August 30th and August September 3rd in the Gregorian calendar which is in common use today. ‘Killarney of Nova Scotia’ was the late 19th century equivalent of referring to Dartmouth as the City of Lakes.

As an eye-witness to Dartmouth’s first Natal Day celebration in 1895, John Martin records his memories of downtown activities:
“Needless to say, the atmosphere that morning was very different from ordinary days. Downtown stores and streets were gaily decorated, as were many private residences all over Dartmouth. On Steamboat Hill, voluminous folds of colored bunting billowed in the light summer breeze. An Italian hurdy-gurdy man from Halifax, with a small monkey attached to a long slender chain, amused an ever-growing crowd of us youngsters at Lawlor’s corner by grinding out bits of Wagnerian opera, while the nimble animal
scampered up water-spouts to second-storey windows where he politely doffed his hat on receipt of the proferred penny.”

In 1898, the Dartmouth Natal Day parade first featured floats. Today, the Halifax-Dartmouth Natal Day parade crosses the ‘old bridge’ from Halifax to Dartmouth and ends just before Sullivan’s Pond (taking away the traditional Prince Albert Road view-points enjoyed for decades by families from Downtown Dartmouth, the African Nova Scotian communities of North and
East Preston, and beyond).

Dartmouth’s original Natal Day road race was run in 1907 (this year marks the 111th anniversary). According to page 41 of the 1964 Dartmouth Natal Day program, written by John Martin; “The first time that a road race was incorporated into a Dartmouth Natal Day program occurred in the year 1907 when a contest was held over the well-known Woodlawn course commonly called "around Tobin" The winner that year was Leander Lennerton of Windmill Road, a first cousin of the Patterson boys whose family name has long been synonymous with all branches of sport in Dartmouth.”

Of the first Natal Day regatta in 1895, John Martin writes that “a full program of aquatic sports and illuminated boat-parade was carried out very successfully.” For decades, the Natal Day Regatta on Dartmouth’s Lake Banook was the premier sprint canoe/kayak event of the summer, with thousands of spectators lined along the surrounding shore. Although there is sadly no longer a traditional Natal Day Regatta on Dartmouth’s Lake Banook; on this Natal Day Monday, the Atlantic Division of Canoe Kayak Canada (ADCKC) is hosting the second around-the-lake race in their ‘Just Paddle It!’ series that features sprint canoes/kayaks, stand-up paddle (SUP) boards, ‘pleasure’ or ‘tripping’ canoes and any other water-craft that can be propelled using a paddle.

David Jones is an archaeologist and historian from Dartmouth, Nova Scotia. Thursdays at Noon, he has a weekly thirty minute history segment on The Rick Howe Show, NEWS 95.7. David grew up watching the Dartmouth Natal Day Parade from the front porch of his grandparents’ yellow house on Prince Albert Road across from Sullivan’s Pond. Sadly, the parade no longer goes
down Prince Albert Road.

New book features stories of Atlantic Canada's amazing kids
Nov 13, 2019 1:01 PM
Comments
We welcome your feedback and encourage you to share your thoughts on this story. We ask that you be respectful of others and their points of view, refrain from personal attacks and stay on topic. To learn about our commenting policies and how we moderate, please read our Community Guidelines.