Remember this? Dartmouth teen survives sinking of the first Allied vessel destroyed at sea in WWII 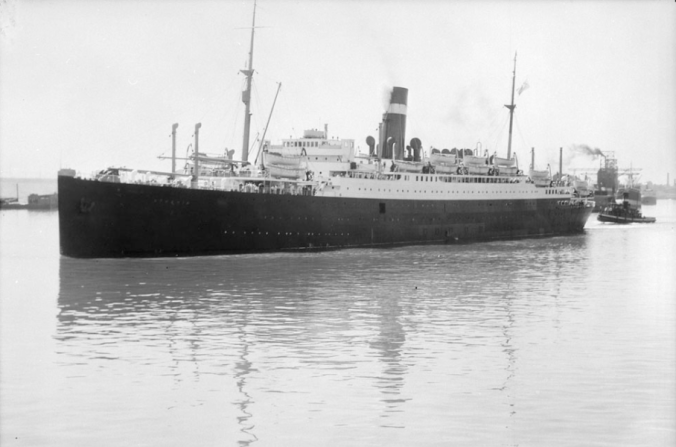 Dartmouth's Don Wilcox was just 14 years old when he and his mother Dorothy boarded the SS Athenia.

The two were making their way back to Canada after visiting family in England.

On September 3, 1939 -- just hours after Britain declared war on Germany -- the German submarine U-30 attacked the passenger ship.

Author of Nova Scotia's Curious Connections, Bruce Nunn, had the chance to interview Wilcox, who was on the ship's deck when the torpedo hit.

"He said he remembered the bow of the ship jumped about two feet, and then the whole ship kind of fell back and turned sideways," Nunn told NEWS 95.7's The Rick Howe Show.

Men, women and children were killed, seasick passengers were thrown from their bunks and many of the cooking staff were severely burned.

As darkness fell, it was a panicked scene on deck.

"It was filling up with seawater because it was really badly hit," Nunn said. "Men were trying to get the hefty lifeboats lowered down, but the swells were very heavy and height."

"You can imagine him and his mother hanging off a rope ladder trying to jump into this rowboat that was rising 12 feet, then dropping 12 feet."

Nunn said young Don helped row about 400 metres away from the sinking Athenia, where the lifeboats joined together to wait for rescue.

For six hours, the survivors -- cold, wet and seasick -- regularly fired flares into the sky as they rode the waves hoping for help.

It came in the form of a Norwegian freighter, the Knute Nelson.

"Survivors were pulled on board, although one of the lifeboats ended up in the moving propeller of the rescue boat," Nunn said. "A lot of people died that way."

Tragically, over 100 people died that night in the ocean off Ireland, however over 1,300 survived, including Don and Dorothy.

It would be spring by the time the pair finally made it back to Canada after joining a convoy carrying some costly cargo.

"Churchill had announced that he'd wanted to get all the gold out of England and safely to Canada in case Hitler had managed to invade his country," Nunn explained. "So there were ships in this convoy that zig-zagged their way away from the convoy and into Halifax. They were loaded with bars of British gold from the Bank of England."

New book features stories of Atlantic Canada's amazing kids
Nov 13, 2019 1:01 PM
Comments
We welcome your feedback and encourage you to share your thoughts on this story. We ask that you be respectful of others and their points of view, refrain from personal attacks and stay on topic. To learn about our commenting policies and how we moderate, please read our Community Guidelines.