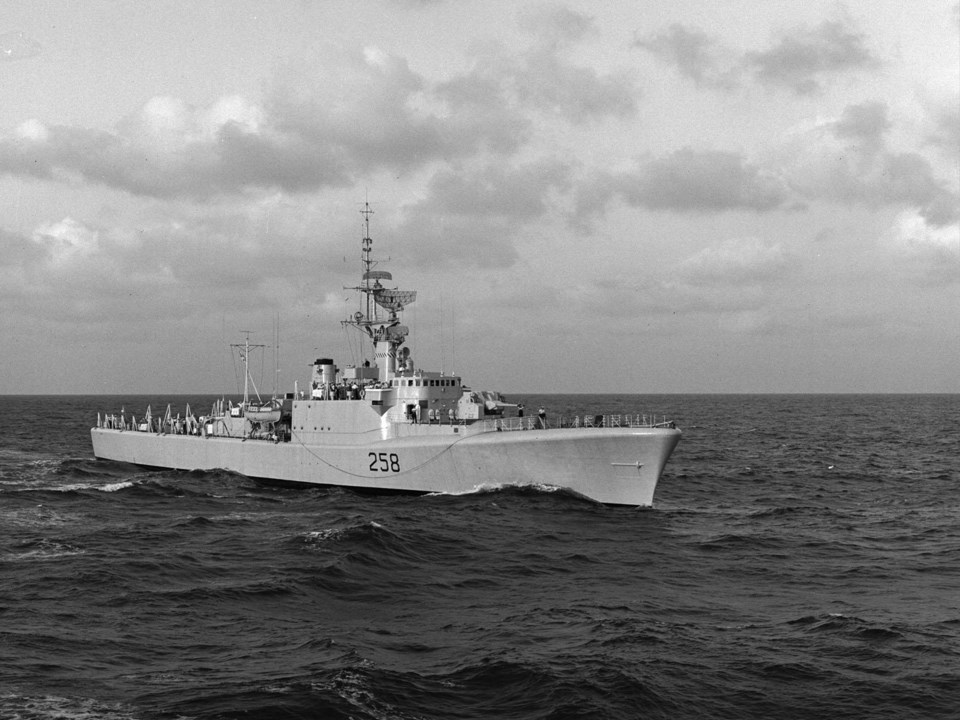 Fifty years ago today on Oct. 23, 1969, HMCS Kootenay was taking part in sea trials off the coast of England when a blast on the naval vessel killed nine crewmen and seriously injured another 53.

The explosion from Kootenay's starboard gearbox caused a fire to rip through the ship's engine room.

Ten people were in the engine room at the time, and Allan "Dinger" Bell was one of only three that would survive the blast.

"The ventilation on the ship was such that the intake vents sat overtop of the gearboxes, and the exhaust fans were behind us," he explained. "As the air was blowing in, it was sucking the fire and all the oil right to us."

Bell called it "an experience you never forget" as all 10 men tried to scramble up one 15 foot ladder at the same time. It was their only escape route.

"Everybody wanted up the ladder and they were going over each other's backs," he said. "I got dragged down the ladder three times. Bodies dying on top of me, pulling me down, people going over your back, and everybody, like bowling pins, would fall. You'd get up and it would start again. There was nothing you could do."

Bell said the ship was badly burnt and the engine room completely destroyed. It remains the worst peacetime accident in the history of the Royal Canadian Navy.

When asked about how he survived that day, Bell said, "It wasn't my time."

"It bothered me for years why I lived," he added.

Bell spoke to Howe by phone from Fairview Lawn Cemetery at the grave of Petty Officer Lewis J. Stringer, who died in the disaster.

"He wasn't in the engine room ... he died two days later on the Bonaventure, the aircraft carrier," he said. "Smoke inhalation. Heavy, heavy black, oily smoke filled our lungs. He succumbed to pneumonia."

"Because we were going home, they brought his body home to Canada. The rest are buried in England in Brookwood Cemetery, and at sea."

Even though Ordinary Seaman Nelson Murray Galloway also lost his life that day, Bell said he still talks to him every day.

"I always see his smile," he said. "Nelson wasn't even in the engine room, he died in the galley ... he was only 19. We were all basically young."

Once a month, Bell gets together with the other survivors of the blast who live in the Halifax area.

"It's hard not to talk about that, it's life-changing," he said. "It never goes away. It's never forgotten."

D-Day ship turned New London ferry sailed in WW2 convoy from Halifax (8 photos)
Jun 6, 2020 7:00 AM
Comments
We welcome your feedback and encourage you to share your thoughts. We ask that you be respectful of others and their points of view, refrain from personal attacks and stay on topic. To learn about our commenting policies and how we moderate, please read our Community Guidelines.