Police were called about an hour later by a customer who came in and found the staff member still handcuffed to a freezer
Jan 14, 2020 3:26 PM By: Meghan Groff 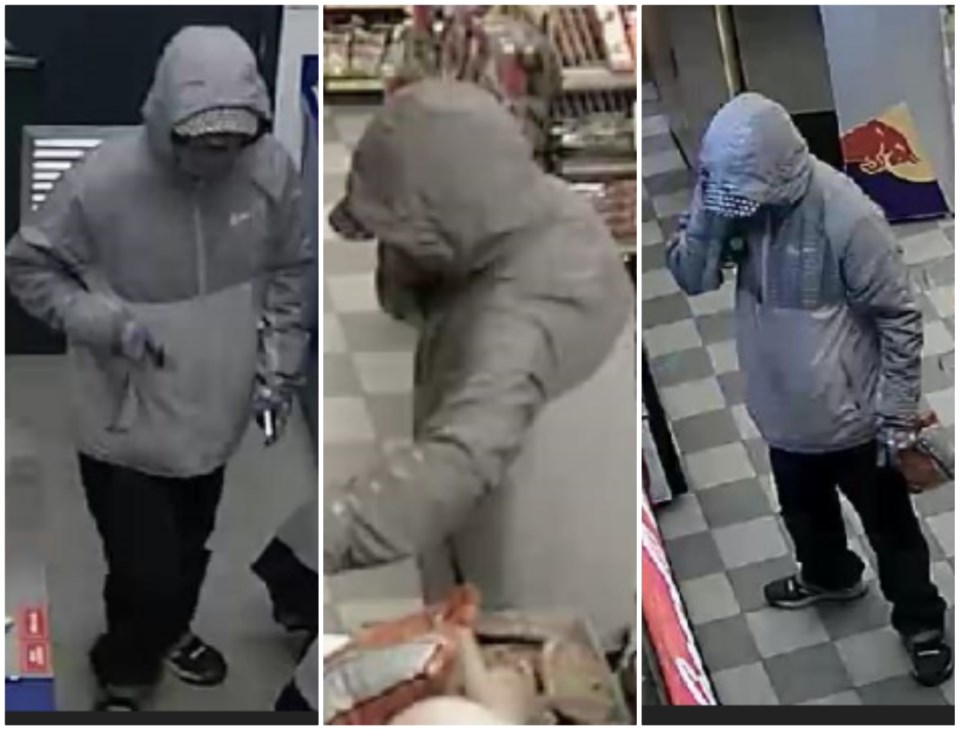 RCMP have released photos of a suspect after robbery at a Timberlea business on Boxing Day.

They say at around 4 a.m. on Dec. 26, the suspect went into the store at a gas station on St. Margarets Bay Rd. armed with a knife and handcuffed an employee to a freezer.

Mounties say he left with cash and cigarettes.

Police were called about an hour later by a customer who came in and found the staff member still in handcuffs.

The suspect is described as white, in his late 20s, clean shaven and between 5'4" to 6 feet tall with a thin build.

He was wearing a grey Nike jacket with a hood, a ball cap with a black and white checkered pattern on the bill, dark blue jeans and blue sneakers.