Over $5,000 in merchandise stolen from Lower Sackville store 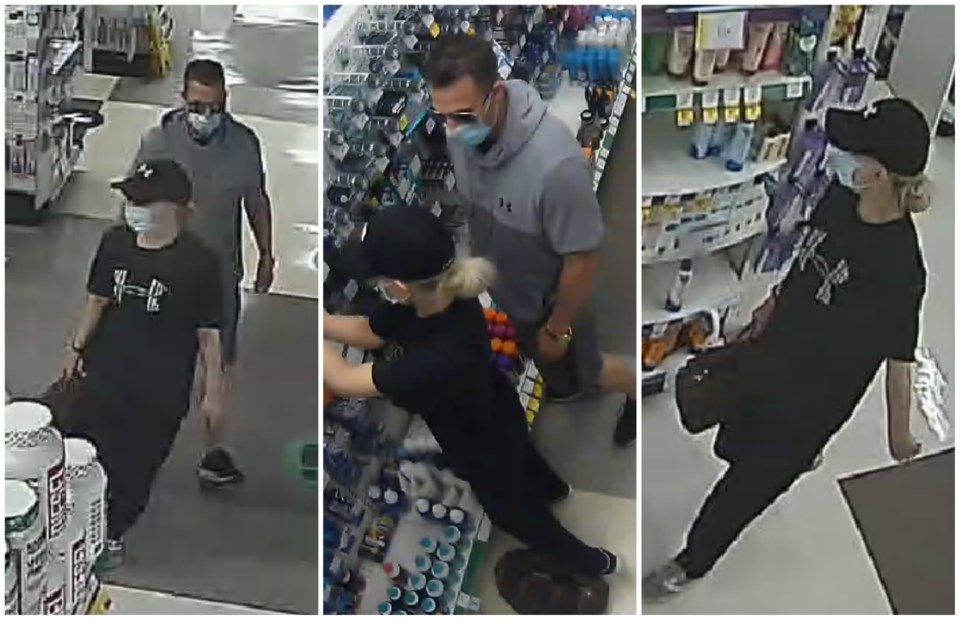 RCMP have released surveillance photos of two suspects after a theft from a Lower Sackville store.

Police say a man and woman went into the business on Sackville Dr. just before 9 p.m. on Saturday, June 27, then left without paying for over $5,000 in merchandise.

Both appeared to be in their mid-to-late 30s and were wearing face masks.

The man is of average height and was wearing a grey shirt, shorts and sunglasses.

The woman is described as petite, blond and she was wearing a black shirt and a black hat.