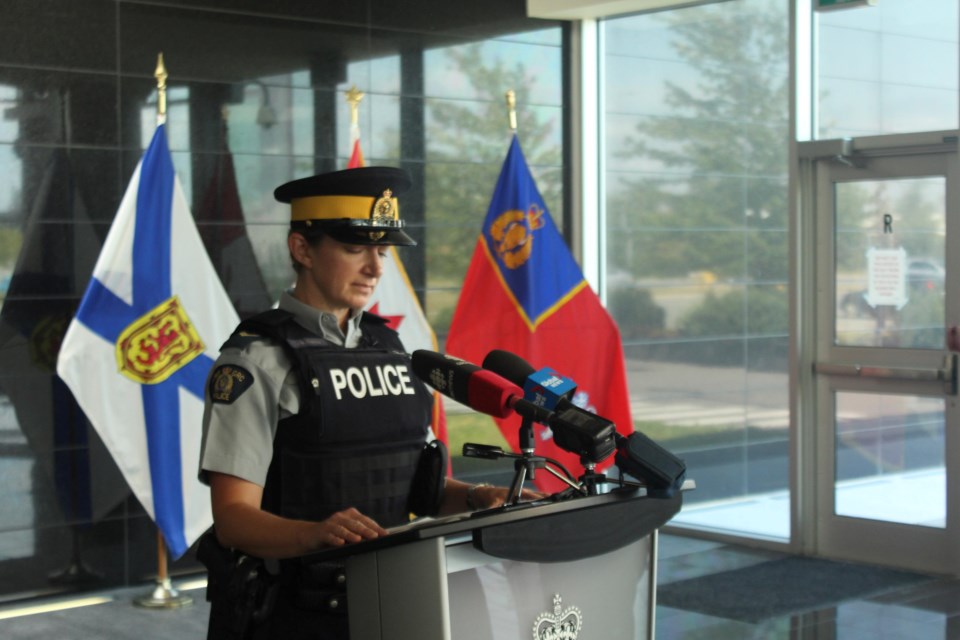 At approximately 2:30 a.m. this morning, a member of the Colchester District RCMP located a stolen vehicle in Truro.

While attempting to stop the vehicle, which was originally reported missing in Cumberland County, the officer was struck by the vehicle.

"Our RCMP member was injured when they were struck by the suspect vehicle because he had located it and was trying to stop it.," Cpl. Jennifer Clarke told reporters at a press conference Saturday.

The officer then discharged his weapon, which hit the man in the stolen vehicle.

The suspect has not been identified, but police confirm he died at the scene. Police say the man's family is still being notified and their thoughts are with them at this difficult time.

"The weapon that was fired was an RCMP service pistol. We don't have information about other weapons that were at the scene," says Clarke.

RCMP also have not confirmed how many shots or rounds were fired.

The injured RCMP member was taken to hospital via ambulance and is in serious but non life-threatening condition.

No one else was injured in the altercation.

"It's very normal for RCMP officers to be on patrol by themselves," explains Clarke.

Clarke says that leading up to the incident at 2:30, there were multiple attempts made to locate the stolen vehicle.

"This was quite a complex investigation," she says. "Truro Police were looking for the suspect vehicle as well."

The investigation is still ongoing, and Colchester District RCMP, as well as Truro Police and Truro Fire remain on scene.

"The Serious Incident Response Team independently investigates all serious incidents which arise from the actions of police in Nova Scotia," explains Clarke. "There does not have to be an allegation of wrongdoing."

The investigation is ongoing.