RCMP are looking for a second suspect following an altercation in Lower Sackville
Jan 22, 2021 12:22 PM By: Meghan Groff 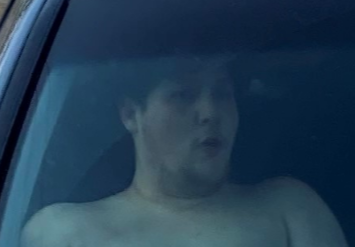 Mounties say one man turned himself in to police, but they're still looking for a secondPhoto courtesy of RCMP

RCMP are looking for a suspect after a man was stabbed during what they say was a road rage incident arising from tailgating earlier this week.

Mounties were called to Old Sackville Rd. at around 4:30 p.m. Wednesday.

Police say two people were in each vehicle when it happened, and one of those vehicles left the scene before officers arrived.

A 25-year-old Dartmouth man was taken to hospital by ambulance for non life-threatening injuries. A female passenger wasn't hurt.

RCMP say one man turned himself in to police, and he's been released pending further investigation.

However, they're still looking for a second man, who is described as white, between 18-20 years old, 5'9" and heavy set. He was wearing black basketball shorts.