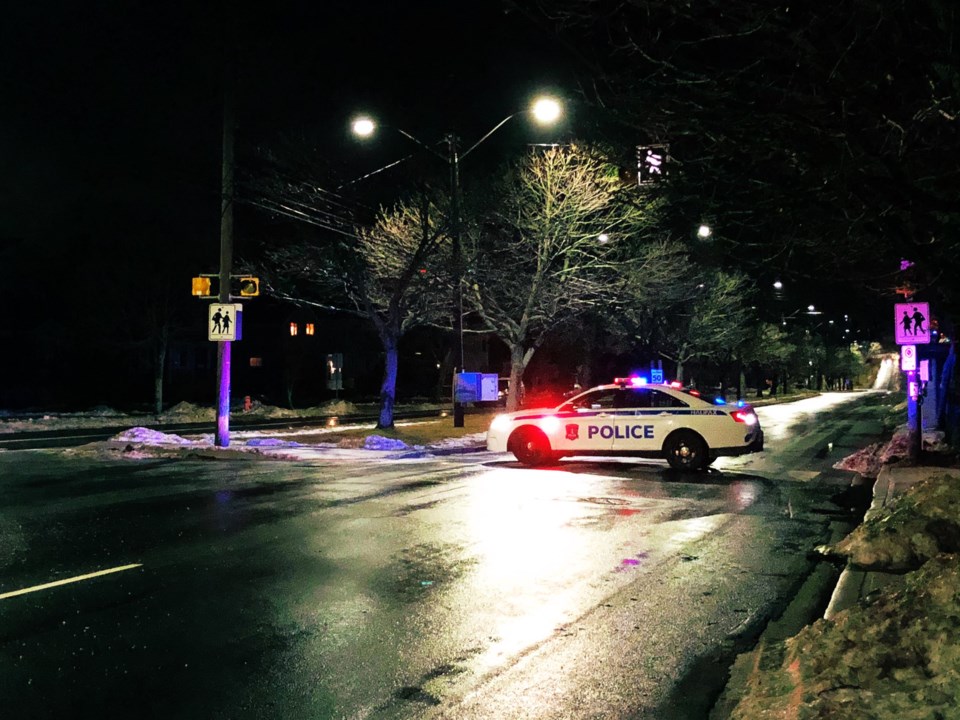 Police block off part of Connaught Ave. after a shooting on Jan. 26 (Dave Heintzman/HalifaxToday.ca)

A man seriously injured in a shooting late last month has died.

Halifax Regional Police were called to Connaught and Chisholm avenues at around 11:30 p.m. on Sunday, Jan. 26 where they found a man with a gunshot wound.

His injuries at the time were described as life-threatening and police say he died in hospital earlier today.

They say an autopsy is scheduled to determine the cause of death.

The 31-year-old's identity will not be released until that has been determined and until his family has been notified.

Anyone with information about the shooting is asked to call police at 902-490-5020 or submit an anonymous tip through Crime Stoppers.