Board of Police Commissioners requests briefing on Walmart incident

On Monday, the Board of Police Commissioners will meet for their monthly meeting
0
Jan 18, 2020 10:52 AM By: Victoria Walton 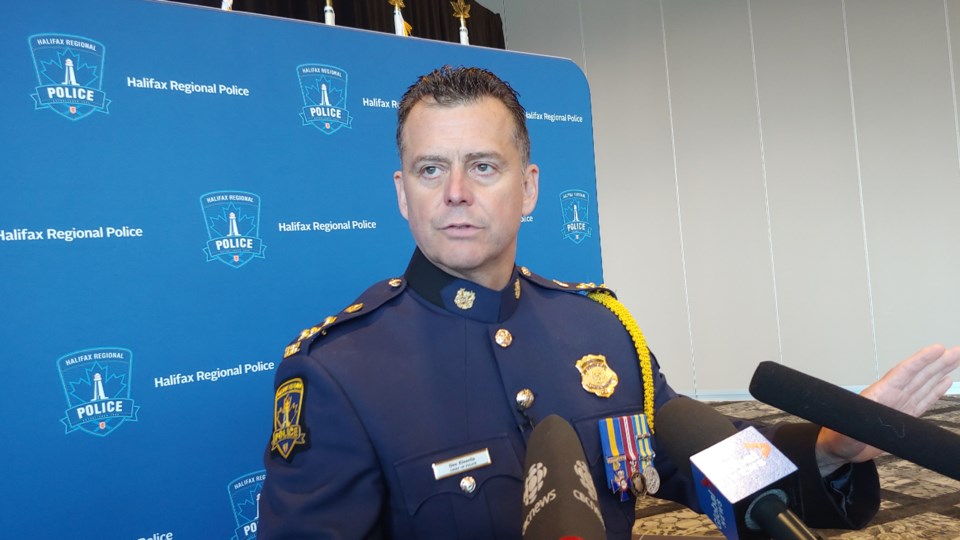 On Monday, the Board of Police Commissioners will meet for their monthly meeting.

But due to a recent event of public interest, they will have a last-minute addition to the agenda.

The addition will be in-camera, and the Board will get a debriefing on the arrest of Santina Rao on Wednesday at a Halifax Walmart.

"The Police Chief has requested that we have a briefing on Monday at the Police Commission meeting, and they've committed to doing that," says Dartmouth East Councillor Tony Mancini, who also sits on the Board.

Mancini tells NEWS 95.7's The Todd Veinotte Show that like many other citizens, he has a lot of questions about the information circling about the incident on social media.

"I saw the video like everybody else did and it was hard to watch," he says. "All I know right now at this point in time is what you and I both saw on the video."

In a Facebook post, Rao alleged that three cops tackled her to the ground and broke her wrist while her kids looked on. Rao says she was putting produce in her child's stroller while she shopped, and wasn't intending to leave the store with unpaid merchandise.

Mancini says he is looking to learn more details of the incident at Monday's meeting.

"I'm curious, I want to understand what justifies that kind of force?" asks Mancini.

The councillor expects HRP Chief Dan Kinsella to be involved in the incident, as he promised he would do when he became HRP Chief back in July.

"He's said all along that when things go wrong with any of his officers, he'll personally be involved," explains Mancini. "So I know that he shared with us that he's personally investigating the situation at Walmart and will be discussing it at the police commission on Monday."

He says Kinsella did well by issuing the street check apology, but it's really the force's actions that speak louder than words.

"In 2020 the real test to all this is going to be the action. What action are they going to follow through on the action from the Wortley report?" Mancini adds.

But Mancini urges residents not to lose confidence in HRP as a whole because of the incident.