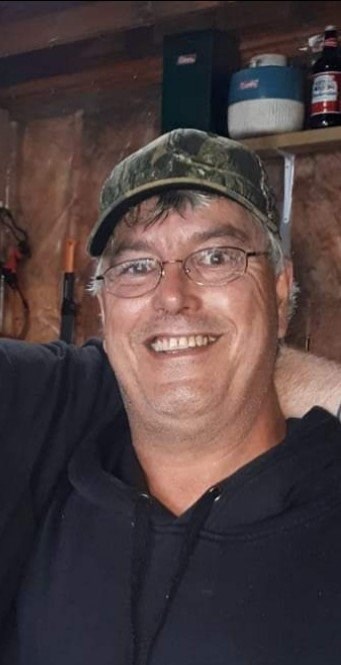 It is with grieving hearts that we announce the sudden passing of Shawn Kenton Brown at the age of 56, on Sunday, May 17, 2020 in London, ON.

Born in Glace Bay, he was the son of the late John (Blackie) and Margaret (Cathcart) Brown.

Shawn graduated from St. Michael’s High School in 1981 and went to work at Goldman’s Fish Plant for a few years. In 1988 he moved to London,Ontario, with his partner Janet. He then worked at Hunt Windows and Doors before accepting a position with Nestle Canada, where worked as Lead Hand for 20 plus years.

Shawn was an avid outdoorsman; he loved hunting, fishing, and anything that involved being in nature. He was kind, loyal and compassionate,and had a special way of picking you up when you were down with one of his many stories, or funny jokes. Shawn just loved to make people around him smile. He had many lifelong friends and will be missed by everyone, primarily his Nestle Family.

“Shawn always looked forward to coming Home; He Truly was a Cape Bretoner at Heart!”

Shawn is survived by his Wife and Soul Mate Janet(DeCoste), his Brother’s; Dougie(Brenda) Cathcart, David (Ann Marie) Brown, Sister; Kelly (Billy)MacIntyre. His Mother and Father-in-law; Ronald and Teresa (Forbes) DeCoste, Brother-in-Law’s; Michael (Paula) DeCoste, Forbes, as well as Sister-in-Law; Kim (Charles) MacQueen. Shawn was an exceptional uncle to thirteen nieces and nephews, as well as fourteen grandnieces and nephews, whom he adored.

A special Thank You, to Michael, Forbes, and his dear friend Joe Bugeja.

“Each day I wake since you have been gone,

No one to talk to about what we used to share!

Trying hard each day not to live in despair.

I will miss you forever Babe,

till I am in your arms again.”