Winning design announced for N.S. art gallery to be built on Halifax waterfront 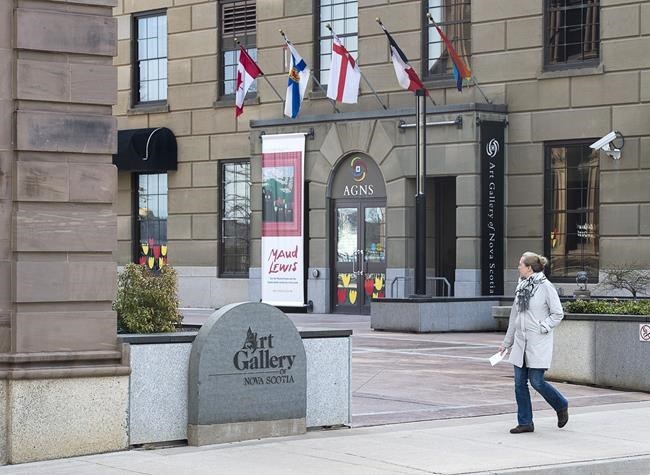 And on its east-facing entrance, the building on the city's waterfront will slope upward in the form of a point, resembling the iconic peaked hat worn by women from the Mi’kmaq First Nation.

The winning design, announced Wednesday, represents the Mi’kmaq concept of the sustainability of all living things. The project was conceived by KPMB Architects, architect Omar Gandhi, artist Jordan Bennett, elder Lorraine Whitman and the firms Public Work and Transsolar.

Whitman, who was hired as a consultant on Mi’kmaq culture, said in an interview Wednesday the news of the win felt “surreal.”

“We want it inclusive of everyone, regardless of their colour, their creed, their gender, their disability, we want it open so everyone can enjoy this,” Whitman said.

That openness is reflected in much of the building's structure, which includes an open-air gathering area and an odeum past the gallery’s entrance that holds another large, public space.

Gandhi described the final shape of the future gallery as “a creature-like building” with “organic” shapes throughout its interior. The final design was a break from more popular staples of urban development, he said.

“It really freed the way we were able to think about space and, in some ways, fought against the traditional ways of thinking about city development,” Gandhi said during an interview Wednesday.

Gandhi said the process began by naming members of the Mi'kmaq community — such as Whitman and Bennett — to the design team. “I think it was important from the gallery's perspective that there was a certain level of acknowledgment of Mi’kmaq culture,” Gandhi said.

The gallery is expected to open in 2025 at an estimated cost of $130 million, with $70 million from the province, $30 million from Ottawa and $30 million from fundraising — including a $10-million donation announced Wednesday by the Donald R. Sobey Foundation.

This report by The Canadian Press was first published Nov. 18, 2020.

Province offers grant to Halifax-area businesses ordered closed under new COVID rules
Nov 26, 2020 5:23 PM
Comments
We welcome your feedback and encourage you to share your thoughts. We ask that you be respectful of others and their points of view, refrain from personal attacks and stay on topic. To learn about our commenting policies and how we moderate, please read our Community Guidelines.