HALIFAX — Residents of Atlantic Canada are bracing for another round of nasty weather on Tuesday.
Feb 15, 2021 9:29 AM By: Canadian Press 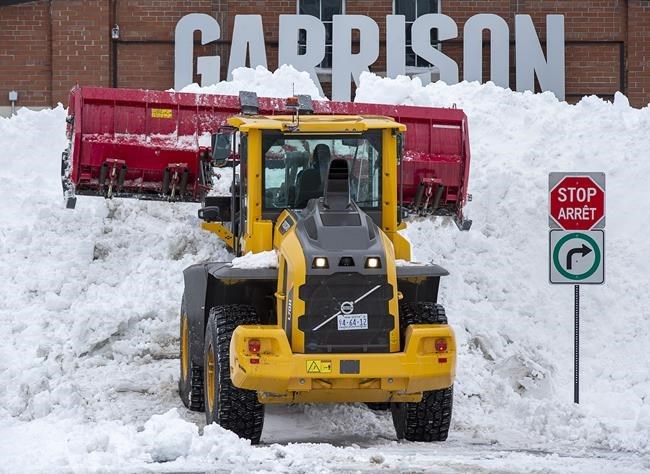 HALIFAX — Residents of Atlantic Canada are bracing for another round of nasty weather on Tuesday.

Snowfall warnings have been issued for central and southern New Brunswick, where up to 25 centimetres of snow is expected between Tuesday morning and Wednesday morning.

Meanwhile, freezing rain is expected along the Bay of Fundy coast and in the Moncton area by Tuesday afternoon.

In Nova Scotia, freezing rain warnings are in effect for the entire province.

Periods of snow and ice pellets will start early Tuesday and then change to a prolonged period of ice pellets and freezing rain later in the day.

Special weather statements have been issued for the entire island of Newfoundland, where snow and freezing rain is in the forecast for Tuesday afternoon and into Wednesday.

This report by The Canadian Press was first published Feb. 15, 2021.