HALIFAX — Nova Scotia has launched a review of a long-term care facility where 53 people have died of COVID-19, but opposition leaders say the process lacks the scope and transparency needed to bring lasting improvements.
Jun 30, 2020 5:31 PM By: Canadian Press 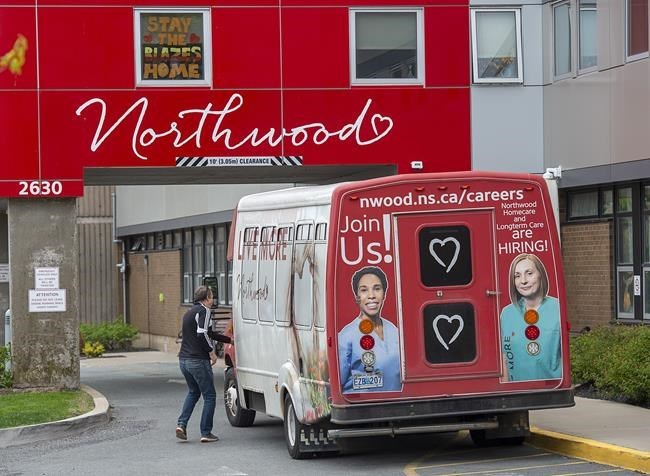 HALIFAX — Nova Scotia has launched a review of a long-term care facility where 53 people have died of COVID-19, but opposition leaders say the process lacks the scope and transparency needed to bring lasting improvements.

Health Minister Randy Delorey said Tuesday he has appointed infectious disease consultant Dr. Chris Lata and former British Columbia associate deputy minister of health Lynn Stevenson to a review committee that will look into the outbreak at the Northwood facility in Halifax.

"We are very concerned and saddened about what happened there. We want answers for the families and friends who lost loved ones from this terrible virus," Delorey said during a news conference.

Lata and Stevenson are being assigned to interview staff, family and medical experts as they look into what factors contributed to the spread of COVID-19 at Northwood.

The terms of reference for the probe say reviewers will consider how timely the facility's responses were to COVID-19 infections at each stage of the outbreak, based on information available at the time.

They are to examine staff scheduling and analyze whether "movement (of staff) through the facility" contributed to the spread.

In addition, they're to do a review of the best methods to prevent the spread of infection in long-term care facilities, and to apply this evidence to improve Northwood's layout and operations.

The $80,000 study begins immediately and is to be complete by Sept. 15, prior to an expected second wave of infections many epidemiologists predict will come with the fall flu season.

The province says it will also do a separate, internal review of infection prevention and control in nursing homes across the province.

Delorey has committed to making the recommendations of the Northwood review public, but the minister will have control over whether details about the reviewers' findings and analysis will be provided to the public.

Progressive Conservative Leader Tim Houston said the format of the review seems designed to protect the province from embarrassing revelations on issues such as whether sufficient protective gear was available to staff.

"The process is important because what Nova Scotians need is a process that will instill confidence," he said in an interview.

"For me, a public inquiry equals transparency, openness and has binding recommendations."

"The terms of reference focus too heavily on the actions of staff and leadership at Northwood," director Chris Parsons said in a statement.

The coalition is calling for a full public inquiry, which would allow for independence from the minister and provide wider investigative resources and legal powers.

NDP Leader Gary Burrill said the review fell short of what families who lost loved ones in Northwood had called for.

"A full, transparent public inquiry into shared rooms and staffing in long-term care is critical if we are to learn from this preventable tragedy," he said.

However, Delorey said he feels that overall the long-term care sector in Nova Scotia fared well during the pandemic, and his focus is on finding solutions for Northwood in a timely way.

The health minister noted only 10 of 140 facilities in the province had COVID-19 infections of staff or residents, and in all instances — except Northwood — the virus was contained. The Halifax campus of the facility has seen 246 infections of residents to date.

Northwood's chief executive has said the spread of the illness was in most instances linked to residents who were in either double- or triple-occupancy rooms passing it to roommates.

The board of Northwood has for several years requested capital funding from the province to add more space to Northwood, which is the largest non-profit care home in Atlantic Canada.

However, management and public health officials have also faced scrutiny on whether they responded quickly enough as the pandemic was declared.

A class-action lawsuit proposed by family members of the deceased residents has alleged the home's administration knew since early March, if not sooner, that the rapid spread of infection could be reduced by maintaining and enforcing physical distancing, yet moved too slowly to enforce the measures.

The suit also alleges there were shortages of protective equipment, an allegation the union that represents care workers also raised.

The allegations haven't been proven in court, and the facility has said it intends to respond vigorously.

In addition, the Nova Scotia Nurses' Union released a study last week saying staffing levels need to be increased in Northwood and other facilities, calling for the hiring of 600 nurses and 1,400 continuing care assistants across the system.

Delorey said the province hasn't hired more staff at Northwood, but hasn't filled beds left vacant from patients who died or moved out during the pandemic.

The province identified its first new case in two weeks on Tuesday, saying it was related to travel and the person has been self isolating since returning to the province.