Partner of N.S. gunman no longer executor of estate valued at $1.2 million

HALIFAX — The girlfriend of a gunman who carried out a mass shooting in Nova Scotia has renounced her right to be the executor of his will for an estate initially valued at more than $1.2 million.
Jun 18, 2020 6:28 PM By: Canadian Press 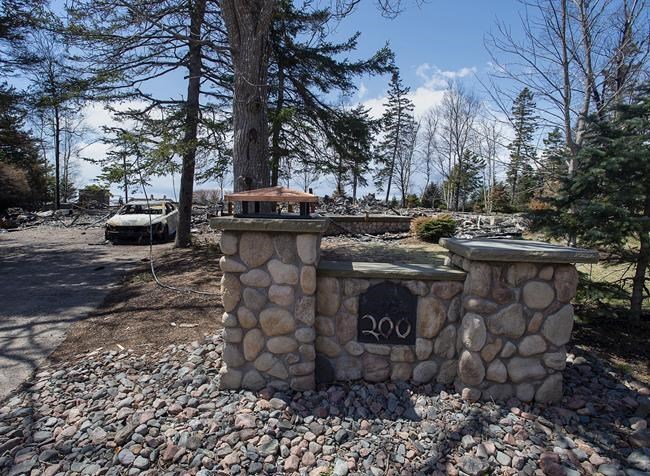 HALIFAX — The girlfriend of a gunman who carried out a mass shooting in Nova Scotia has renounced her right to be the executor of his will for an estate initially valued at more than $1.2 million.

The woman — whom police have referred to as the gunman's common law spouse — was named as the executor of his estate in the last will and testament of Gabriel Wortman.

In a court document before probate court sworn on May 25, the woman seeks to renounce her status as executor, asking that the estate be administered by the public trustee.

The 51-year-old denturist killed 22 people and burned multiple residences in five communities on April 18 and 19, beginning his rampage after arguing with and assaulting his partner at one of his properties in Portapique, N.S.

Police have said the woman managed to escape into the woods.

The RCMP have said she emerged from hiding early on April 19, went to the home of a neighbour and contacted police to inform them Wortman was driving a replica RCMP vehicle and possessed multiple firearms.

Wortman was killed by police later that morning at a gas station in Enfield, N.S.

In his will, the mass killer's assets are listed as including six properties in Portapique and Halifax worth a total of $712,000, and $500,000 in personal belongings, including various forms of savings.

The public trustee is responsible for paying the debts and outstanding taxes of the deceased and is charged with providing a full inventory of assets within three months.

The May 25 application to turn over the assets to the public trustee was approved by the Nova Scotia court on June 11, noting "all required renunciations'' had been filed.

Some family members of victims have joined an application to certify a class action to sue the estate for compensation for their losses and suffering as a result of the mass shooting.

Truro lawyer Robert Pineo has said their claim would likely far exceed the estate's net worth, but the legal action would be "a form of justice against the gunman" and could help victims gain more information about what occurred.

It said his partner, whom he referred to as his "female companion/friend," was to have full control over his funeral.

He instructed that his body be wrapped "in a hudson bay blanket" and buried in a concrete vault at the cemetery in Portapique with no service, obituary or public notice of his death.

Wortman owned two denture clinics in Dartmouth and Halifax and he bequeathed all the shares in both businesses to his partner as well.

This report by The Canadian Press was first published June 15, 2020.

Note to readers: This is a corrected story. A previous version said the partner had renounced her claim to the estate.