N.S. police received warnings in 2011 about man who would become mass killer

HALIFAX — A newly released document reveals that in May 2011, police were told the Nova Scotia man who would later kill 22 people in a shooting rampage wanted to "kill a cop" and was feeling mentally unstable.
May 29, 2020 5:27 PM By: Canadian Press 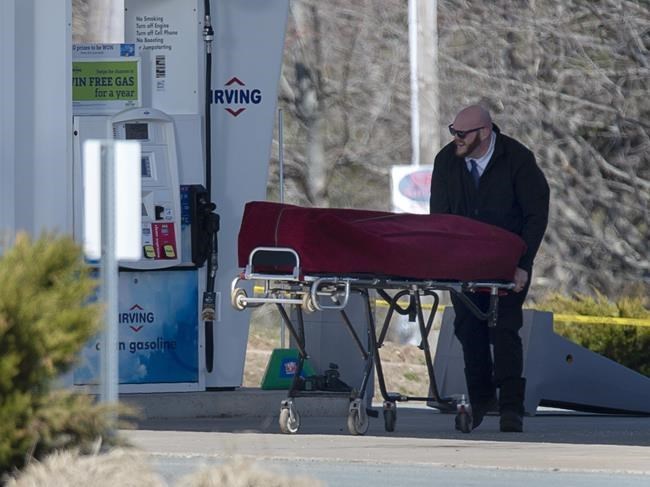 HALIFAX — A newly released document reveals that in May 2011, police were told the Nova Scotia man who would later kill 22 people in a shooting rampage wanted to "kill a cop" and was feeling mentally unstable.

The officer safety bulletin, submitted by the Truro Police Service, does not include names in the version released to media, but police Chief David MacNeil confirmed Friday the subject in question was Gabriel Wortman.

The brief report says a Truro police officer had received information from a source indicating Wortman was upset about a police investigation into a break-and-enter and had "stated he wants to kill a cop."

"He believes the police did not do their job in relation to this investigation," the bulletin says.

The document, first obtained by the CBC, says Wortman was also investigated for uttering death threats aimed at his parents less than a year earlier, in June 2010. That probe led police to conclude he may be in possession of several rifles, though it's not clear which force conducted the investigation.

The one-page bulletin represents another detailed warning that police received about the killer before the tragic events of April 18-19 in central and northern Nova Scotia.

Earlier this month, a former neighbour of Wortman's said she reported his domestic violence and cache of firearms to the RCMP years ago.

Brenda Forbes said that in the summer of 2013, she told police about reports that Gabriel Wortman had held down and beaten his common law spouse behind one of the properties he owned.

The RCMP have said they are looking for the police record of the incident.

MacNeil said the patrol officer who prepared the 2011 bulletin — Cpl. Greg Densmore — submitted it to the Criminal Intelligence Service of Nova Scotia for analysis and distribution to other police forces.

"Our officer did exactly what was expected of him," MacNeil said in a statement Friday. "He took the information seriously, documented it and submitted this information."

MacNeil said it was safe to assume the Amherst Police Department also received the bulletin because it was one of their officers who retrieved it from files on April 18, 2020 — the day Wortman's rampage started — and sent it to those investigating the unfolding tragedy.

"We can't comment on what those agencies may have done or didn't do with this information."

At the time, Wortman had a primary residence above his denture clinic in downtown Dartmouth, N.S., which is an area covered by Halifax Regional Police. As well, he owned properties in Portapique, which is about 40 kilometres west of Truro and part of the RCMP's jurisdiction.

MacNeil said this kind of bulletin would normally be sent to all municipal police agencies and the RCMP, which has been leading the investigation into last month's shootings.

Const. Dylan Jackman, a spokesman for Halifax Regional Police, said the police force received the original bulletin and assigned an officer to investigate.

Jackman said the investigator contacted the Truro Police Service and members of Wortman's family, but the matter was handed over to the RCMP because the information regarding firearms involved the residence in Portapique.

An RCMP spokeswoman confirmed the police force received the bulletin in May 2011, but RCMP Cpl. Jennifer Clarke said she couldn't comment on how the Mounties responded because the follow-up records had been purged long ago, which is in line with existing data retention policies.

"Preliminary indications are that we were aware and, at minimum, provided assistance to (Halifax police), which aligns with the RCMP's approach for such enquiries," Clarke said in an email.

Asked if the bulletin would have been useful for the officers investigating the recent slayings, Clarke said: "I can't speculate on how this information might have affected the outcome of the April 18/19 incidents."

The Mounties have confirmed the gunman — disguised as a Mountie and driving a replica RCMP vehicle — was armed with two semi-automatic handguns and two semi-automatic rifles when he killed 13 people in Portapique on April 18 and another nine people the following day in several other communities.

His victims included an RCMP officer, two nurses, two correctional officers, a family of three, a teacher and some of his neighbours in Portapique.

After Wortman spent the better part of 13 hours killing people he knew and others he didn't, a Mountie fatally shot the 51-year-old at a gas station in Enfield, N.S., about 90 kilometres south of Portapique, on the morning of April 19.

There have been numerous calls for a public inquiry to investigate how police handled one of the worst mass shootings in Canadian history, including pleas from relatives of victims, politicians and academics.

Even though the province has the jurisdiction to hold an inquiry, Nova Scotia Premier Stephen McNeil has said Ottawa should take the lead, given the scope of the tragedy and the many federal issues involved.

However, the federal government only said it will do everything it can to ensure lessons are learned from the killings.

Mi'kmaq fisherman intends to fight federal charges alleging illegal lobster catch
Oct 26, 2020 8:56 PM
Comments
We welcome your feedback and encourage you to share your thoughts. We ask that you be respectful of others and their points of view, refrain from personal attacks and stay on topic. To learn about our commenting policies and how we moderate, please read our Community Guidelines.