N.S. nursing homes look for action on funding increases in wake of COVID-19

HALIFAX — Nova Scotia's nursing home operators are looking for action on long-standing requests for more funding and a plan to build or renovate facilities, after the COVID-19 pandemic revealed the system's weaknesses.
Jul 21, 2020 3:24 PM By: Canadian Press 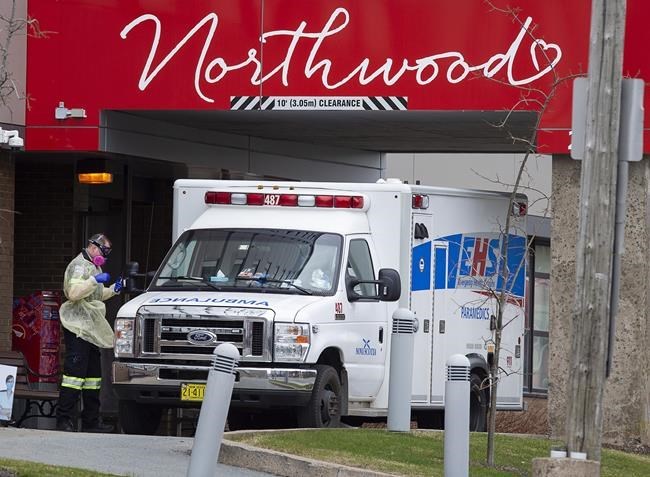 HALIFAX — Nova Scotia's nursing home operators are looking for action on long-standing requests for more funding and a plan to build or renovate facilities, after the COVID-19 pandemic revealed the system's weaknesses.

The Nursing Homes of Nova Scotia Association released a position paper Tuesday called "Enough Talk," which asks the Health Department to start fulfilling recommendations made in past reports.

Chairwoman Debra Boudreau says her group — which represents the majority of licensed long-term care facilities — believes the system was "teetering on the edge" in the years leading up to the pandemic.

She told reporters Tuesday the pandemic highlighted long-standing problems, from lack of specialized staffing to insufficient numbers of private rooms, which previous studies have highlighted. "We need to move quickly and we need action now."

The position paper calls for investment in the workforce, a plan to build and renovate facilities and more aggressive timelines to fulfil findings presented in 2018 by the health minister's expert advisory panel on long-term care.

Boudreau's association is also requesting more skilled professionals to help nursing homes cope with residents who are increasingly frail and have growing levels of dementia.

The Nova Scotia Nurses' Union recently released their own paper requesting about 20 per cent more staff, or 600 nurses and 1,400 continuing care assistants.

Janet Hazelton, president of the nurses' union, said she agreed with many of the findings in the nursing home association's report, but would also like to see staffing ratios defined in regulations. Hazelton said residents should get an average of 4.1 hours of care per day, including 1.3 hours of nursing care.

"If we leave it too flexible there will be different levels of care in long-term care in this province and I don't think that's right," said Hazelton in an interview Tuesday.

However, Michele Lowe, executive director of the nursing homes association, says her group doesn't have a precise financial or staffing request because the government hasn't done a proper assessment of what's needed. It is asking the Health Department to conduct a compensation review of all jobs in long-term care, and to increase staffing levels.

"The association also calls on the Health Department to allow administrators the flexibility to hire the right mix of talent and skills to meet the needs of residents," the report says. COVID-19 has increased the need to recruit more staff, it says.

In addition, the nursing union says there's an urgent need to eliminate shared rooms in older long-term care facilities and to create an environment where elders can live with dignity and privacy. "Older facilities do not meet the design standards that new facilities must adhere to, and there is a lack of funding for renovations and upgrades. This creates inequity."

The association portrays the long-term care system as increasingly out of step with the norms of other health facilities, as most lack electronic systems and platforms to monitor residents' medical records and charts.

Lowe says that since 2008, at lease nine reports with recommendations have been generated on long-term care in Nova Scotia, and none of them have been fully implemented.

During the COVID-19 pandemic, most of Nova Scotia's deaths occurred at the Northwood long-term care facility in Halifax. The care complex said 246 residents became ill, with 193 people recovering and 53 people dying from COVID-19.

This report by The Canadian Press was first published on July 21, 2020.