HALIFAX — Ottawa and Nova Scotia have announced a review of the April mass shooting that left 22 people and the gunman dead, but the process drew criticism from victims' relatives as being too secretive and lacking the necessary legal powers.
Jul 23, 2020 8:11 PM By: Canadian Press 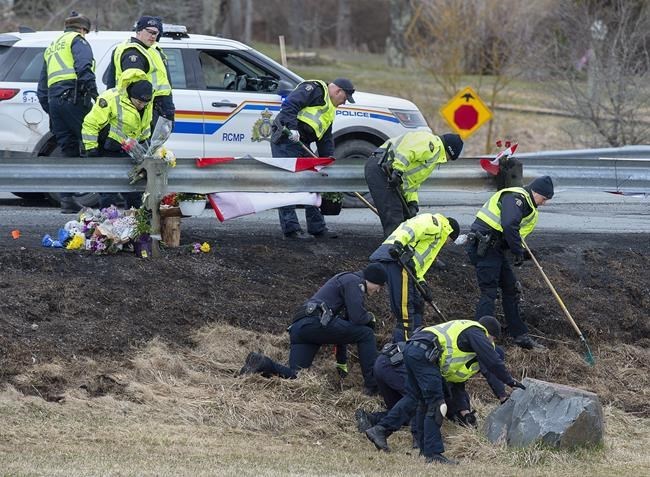 HALIFAX — Ottawa and Nova Scotia have announced a review of the April mass shooting that left 22 people and the gunman dead, but the process drew criticism from victims' relatives as being too secretive and lacking the necessary legal powers.

Interim and final reports will be presented next year to federal Public Safety Minister Bill Blair and provincial Justice Minister Mark Furey before being made public.

However, little — if any — of the review announced Thursday will be conducted in open hearings, and lawyers for interested parties won't be able to cross-examine witnesses.

The review panel's terms of reference don't contain provisions to compel witnesses to speak under oath, and they specify that information collected in the preparation of its report "shall be kept confidential."

Despite calls from victims' relatives for the hearings to be transparent and under oath, Furey said the governments opted for a quicker process that he said will achieve a similar result.

"We heard loud and clear that people wanted early answers," Furey said. Blair said the expertise of the three panel members will provide "extraordinary capacity" to find those answers.

The panel will be led by the former chief justice of Nova Scotia, Michael MacDonald, who will be joined by former federal Liberal cabinet minister Anne McLellan, and Leanne Fitch, the former chief of police in Fredericton.

Family members of victims have called for a public inquiry that would include a comprehensive look at how the RCMP handled the shootings of April 18-19 in central and northern Nova Scotia. On Wednesday, close to 300 relatives of victims and their supporters marched to the local RCMP headquarters in Bible Hill, N.S., to support their demand.

Robert Pineo, a lawyer whose firm is working with victims' families in a legal action against the RCMP and the gunman's estate, said the review is not sufficient to get to the bottom of the tragedy or bring closure for his clients.

He said the choice of commissioners was good, but "any decision-maker can only render decisions based on the information and evidence presented to them."

In an email, he called the review "wholly insufficient to meet the objectives of providing full and transparent answers to the families, identifying deficiencies in responses, and providing meaningful lessons to be learned to avoid similar future tragedies."

Pineo said his clients had envisioned a public inquiry like the one that followed the 1992 Westray coal mine disaster, where interested parties had the opportunity to question witnesses.

"Without proper and thorough questioning, the panel will be left with incomplete and untested evidence upon which to base its decision," he wrote.

He said Furey and Blair have hidden behind their notion of a "trauma-free" process to exclude the full participation of the families under the guise of protecting them from further trauma.

"This is not how the families wish to be treated. I know that minister Furey has spoken with the families, so he must know that they want to participate, not to be protected by an incomplete process," he said.

The families along with groups that support women facing domestic violence have expressed repeated frustrations with the RCMP's handling of the shooting — and the secrecy in the months that followed.

Nick Beaton, the husband of a continuing care assistant who was killed on her way to work April 19, has questioned why emergency alerts weren't issued after the shooter left the Portapique area — where 13 people were killed on the night of April 18.

Police have said the attacker, Gabriel Wortman, had access to a handgun and long guns that he didn't have a licence for, including some weapons obtained in the United States, but they haven't released full details of how Wortman gained access to them — citing an ongoing investigation.

It's also unclear how the denturist managed to slip through a police perimeter around Portapique, or why further perimeters weren't created.

The Mounties also have not provided full details of how the attacker came to own at least four replica police vehicles, including the one with a light-bar and precise RCMP paint job he drove on the days of the killings.

In addition, there are questions about why more wasn't done to investigate previous reports of illegal gun ownership and domestic violence by Wortman. The RCMP has stated he began his massacre after a violent dispute with his girlfriend.

Archie Kaiser, a law professor at Dalhousie University, said the issues listed in the terms of reference allow the panel to explore these questions. Elaine Craig, a Dalhousie law professor who helped organize a petition calling for a public inquiry, called the issues list "appropriate," though she said it should have included a mandate to see health agency reports of intimate partner violence involving Wortman.

But both legal scholars said in emails that overall, the proposed process is deeply flawed.

"I believe it will completely fail to satisfy the public's expectations of there being a full, rigorous public inquiry," wrote Kaiser. "The review will largely be conducted in private. Everything collected and considered is required to be kept confidential."

Craig asked: "Why have the governments of Canada and Nova Scotia chosen a process that does not grant its commissioners the powers available in a public inquiry?"

In a statement, RCMP Assistant Commissioner Lee Bergerman said the force welcomes the review and will co-operate fully.

"We owe it to the memory of those we lost to learn as much as we can from this terrible tragedy," she said.

MacDonald declined an interview, but the review panel provided a statement on behalf of the review panelists saying it will "conduct a thorough and independent review into these tragic events."

The email says panelists will meet with families, survivors, first responders, law enforcement officials and others in the coming weeks.

"We are committed to examining the contexts that played a role in these acts of violence, including gender-based and intimate-partner violence," they wrote.

This report by The Canadian Press was first published July 23, 2020.