N.S. allows 10-person gatherings, aims to reopen to other Canadians in mid-July

HALIFAX — Nova Scotia is allowing people to gather in groups of up to 10, as the province has gone nine days without any fresh cases of COVID-19.
Jun 18, 2020 2:33 PM By: Canadian Press 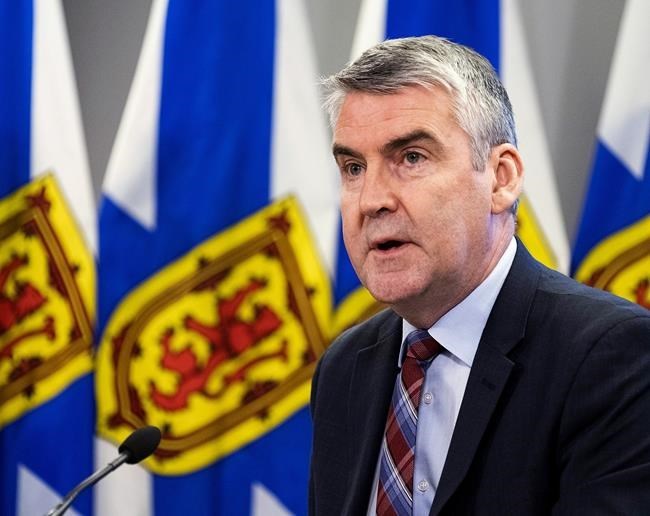 HALIFAX — Nova Scotia is allowing people to gather in groups of up to 10, as the province has gone nine days without any fresh cases of COVID-19.

The announcement by Premier Stephen McNeil today means these gatherings won't have to keep two metres of distance between participants.

In addition, playgrounds are being allowed to reopen, and gatherings of up to 50 people for special social events, faith gatherings, sports, weddings, funerals and cultural events are permitted.

The premier also says he expects that by the second or third week of July the province will allow other Canadians to begin visiting the province without spending two weeks in isolation.

He clarified that the first step would be to create an "Atlantic bubble," where travel is permitted between the four East Coast provinces, and then the province would open to other parts of Canada.

People gathering in a group are not required to be exclusive but public health authorities say they are strongly encouraged "to maintain a consistent group."

The gatherings of up to 50 must observe physical distancing of two metres.

Businesses that are too small to ensure physical distancing can have no more than 10 people on their premises at a time.

"We're happy to tell you that you can get that long awaited hug from a grandchild, a parent, or a close friend," McNeil said during a news conference.

The premier said he's hoping to "safely open as much of the economy and our province as we can so that Nova Scotians and the business community can have a good summer."

He stressed that core social distancing and hygiene measures that have helped keep case numbers low will stay in place.

There are currently just two active COVID-19 cases in Nova Scotia, both being treated in hospital.

McNeil said he's having discussions with other Atlantic premiers on what the appropriate date to reopen travel between the East Coast provinces will be.

This report by The Canadian Press was first published June 18, 2020.

Canada should engage UN racism group, though chair independence a question: expert
May 14, 2021 8:46 AM
Comments