HALIFAX — Nova Scotia's premier blasted what he called the "selfish few" who aren't following COVID-19 restrictions, saying they are putting themselves and others at risk during the province's current outbreak.
May 3, 2021 5:37 PM By: Canadian Press 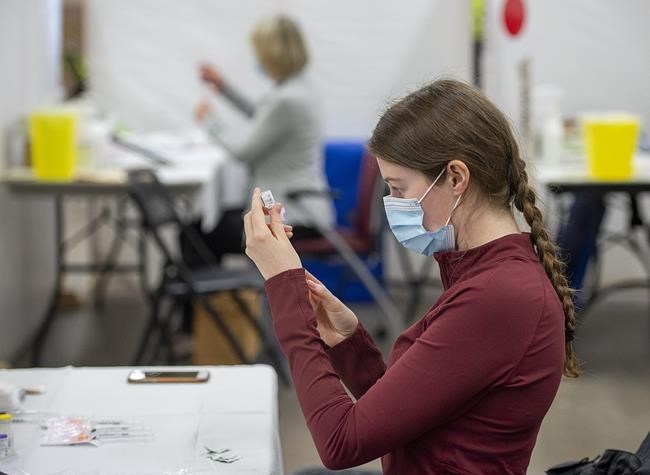 HALIFAX — Nova Scotia's premier blasted what he called the "selfish few" who aren't following COVID-19 restrictions, saying they are putting themselves and others at risk during the province's current outbreak.

Iain Rankin expressed his frustration during a media briefing Monday, noting that police in the Halifax area had issued 37 fines over the weekend for those who exceeded gathering limits, despite a provincewide lockdown.

"I have a serious question," the premier said. "What is wrong with you? How come you don't take this as seriously as you should?"

Nova Scotia reported 146 new cases of COVID-19 Monday, including 130 in the Halifax area. The province has 943 active reported cases, with 42 people in hospital and eight in intensive care.

Rankin warned about the seriousness of the situation, saying that most cases identified in Nova Scotia recently are the B.1.1.7 variant first identified in the United Kingdom.

He urged younger people in particular to "do a little research" on what's happening with the variant and on how quickly it's spread to family members and co-workers.

"What part of that pattern of spread do you not understand? We are in the third wave of a deadly pandemic, and the selfish few don't care," he said. Rankin told reporters that while he's not considering stiffer fines at this point, he'll do "whatever I have to do" to get people to listen because of mounting pressures on the health system.

Meanwhile, work continued at the provincial laboratory Monday to clear thousands of unprocessed COVID-19 tests. The province reported a backlog of 45,000 tests on Friday, citing a surge in the number of people turning out to be tested because of a rapid rise in virus cases over the last two weeks.

Dr. Robert Strang, chief medical officer of health, said "substantive progress" was made over the weekend, and the lab was on track to return to the usual 48-hour turnaround time for results by Tuesday.

Earlier, Dr. Todd Hatchette, service chief for microbiology in the Nova Scotia's health authority's central zone, said that as of Monday, about 17,000 lab specimens were yet to be processed, representing about a day-and-a-half of work.

"So we are well on our way to clearing up the backlog completely," Hatchette said in an interview.

He said until recently, the lab had capacity to do 2,500 to 5,000 tests a day, and small backlogs were typical. But he knew there was a problem when it received 22,000 tests on one day last week.

In order to handle the increased volume, Hatchette said an additional 50 volunteers from across the health system in the Halifax area and from Dalhousie University's medical school are now assisting, doing everything from labelling test tubes to pouring off specimens.

The province has restricted testing to people with symptoms, close contacts of confirmed cases, those who have been at potential exposure sites and those who have travelled outside Nova Scotia, P.E.I. and Newfoundland and Labrador.

People who fit none of those categories and want tests are being directed to rapid testing sites.

Appointments were made available Monday for people aged 50 and older for the Pfizer-BioNTech and Moderna vaccines. Health officials said about 67,625 people are eligible for shots in the 50-to-54 age group.

They also said appointments would open Tuesday for the province's first drive-thru vaccination clinic beginning May 10 at the Dartmouth General Hospital.

This report by The Canadian Press was first published May 3, 2021.

Nova Scotia church and congregation fined for violating health rules a second time
May 17, 2021 11:03 AM
Comments