HALIFAX — Public health officials are working to determine whether a home care nurse in Nova Scotia has been reinfected with COVID-19. Dr.
Sep 9, 2020 5:29 PM By: Canadian Press 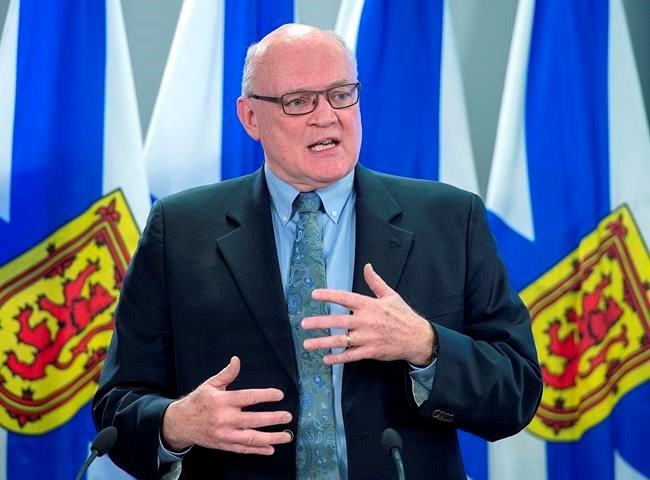 HALIFAX — Public health officials are working to determine whether a home care nurse in Nova Scotia has been reinfected with COVID-19.

Dr. Robert Strang, the province's chief medical officer of health, said Wednesday the case involves an individual who was previously infected with the virus in May and had recovered.

Strang said the nurse works in the central health region, which includes the Halifax area.

"The individual's test results have been inconclusive, and we are working with our local lab and the national lab to determine whether this is a true case of reinfection or not," Strang told reporters during a weekly briefing.

He said out of caution, the case, which was announced on Monday, is being treated as a new positive case.

Strang said it had been determined the nurse had been using full personal protective equipment and had followed appropriate infection controls while working.

Home care clients were being assessed to determine their risk of exposure, he said.

Strang said the case presents a number of scientific questions.

"If this is a reinfection, where did this person get infected, and right now there is no clear indication of that," he said. "It's part of what makes this a complex issue to work through."

Strang said it could also be a case where residual virus is being detected beyond what has been a three-month cutoff period for people considered recovered.

He was asked about the implications should further testing indicate a reinfection.

"It's likely that we can't count on a one-time infection producing lifelong immunity," Strang said. "Anybody who was infected in the first wave, we can't just assume they have immunity now."

He noted that only a handful of reinfection cases have been well established in scientific literature.

Meanwhile, Strang said measures put in place to deal with post-secondary students arriving in Nova Scotia from outside the Atlantic region were going well.

Last month the province announced that university and college students would be required to undergo a series of three tests for COVID-19 while self-isolating for 14 days.

Strang said most of the 3,200 students who had returned to the region had completed their self-isolation period with only three testing positive for the virus.

"It shows that the risk from students is relatively low, but it also shows that our strategy has worked," he said.

Still, RCMP said Wednesday that four university students were each fined $1,000 for violating restrictions over the Labour Day weekend.

Police said they received complaints that students from outside Atlantic Canada were not self-isolating as required under the Health Protection Act.

Three of the students were in Antigonish, N.S., which is home to St. Francis Xavier University, and one was in Wolfville, N.S., where Acadia University is located.

Nova Scotia has three active cases of the virus, with no new cases reported Wednesday.

This report by The Canadian Press was first published Sept. 9, 2020