HALIFAX — Nova Scotia's premier has accused the province's teachers' union of "creating a bunch of noise and rhetoric" by suggesting public schools are unsafe and in "chaos" because educators haven't been given enough time to prepare for the resumpti
Sep 3, 2020 2:53 PM By: Canadian Press 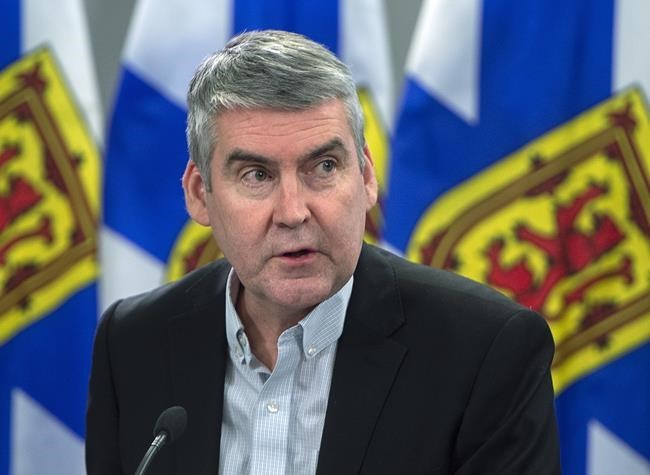 HALIFAX — Nova Scotia's premier has accused the province's teachers' union of "creating a bunch of noise and rhetoric" by suggesting public schools are unsafe and in "chaos" because educators haven't been given enough time to prepare for the resumption of classes.

"The schools are not in chaos," Stephen McNeil said after a cabinet meeting Thursday. "That is simply not factual. Find me a school that's in chaos in the province. They haven't even opened yet."

McNeil was responding to a litany of allegations made Wednesday by Paul Wozney, president of the 10,000-member Nova Scotia Teachers Union.

Wozney issued a statement saying union members have reported ventilation systems that haven't been inspected or repaired, windows that won't open, a lack of proper handwashing stations, and hallways filled with furniture that has been moved to increase space in classrooms.

The union leader asked Education Minister Zach Churchill to postpone the beginning of the school year by two days to give teachers, administrators and staff more time to "sort out the turmoil" and meet new requirements aimed at reducing the spread of COVID-19.

McNeil rejected that request Thursday, saying the province's 130,000 students "will be safe" when schools reopen on Tuesday.

"I think it's not helpful when (union) leaders use that kind of rhetoric," he told reporters. "There are many hard-working teachers across the province who are in the classrooms now ... They're ready. They're ready to welcome kids."

The premier said, however, he recognized that many teachers, parents and students are probably feeling anxious about the resumption of classes, saying that living with an ongoing pandemic can be difficult.

"We'll adapt and adjust to the reality of what is going to be there," he said. "Some (teachers), I'm sure, are upset. That's not abnormal. This is a large workforce."

When asked about allegations that ventilation systems in some schools are broken, McNeil said the Education Department is used to dealing with such problems, given the fact these systems must meet national air quality guidelines every year.

The education minister has said he understands those concerns, but he said the province's low level of community spread has created safe conditions for a resumption of in-class learning.

Students, teachers or others who have had some or prolonged contact with someone who tests positive for COVID-19 will be sent home to isolate for two weeks and will be tested. Those who had casual contact with a confirmed case, either by walking past them or being near them in a hallway or in another common area, will not be required to isolate.

This report by The Canadian Press was first published Sept. 3, 2020.