Nova Scotia plans full return to classrooms in fall, though could be scaled back

HALIFAX — Nova Scotia's education minister says the province is planning to reopen public schools at normal capacity and with a full curriculum this fall.
Jul 16, 2020 4:03 PM By: Canadian Press 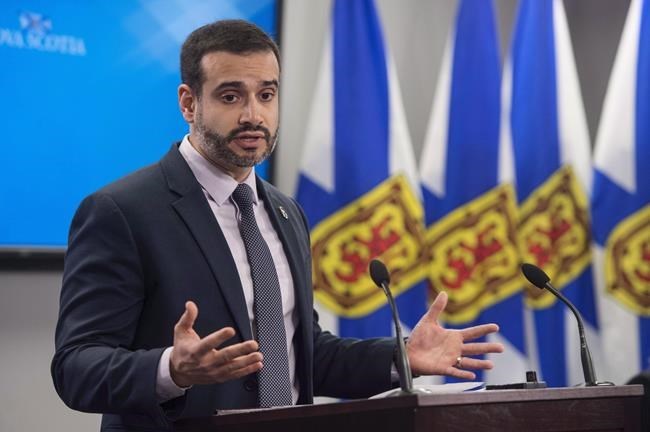 HALIFAX — Nova Scotia's education minister says the province is planning to reopen public schools at normal capacity and with a full curriculum this fall.

However, Zach Churchill said Thursday if there's a resurgence of COVID-19, class capacity will be cut by anywhere from 50 per cent to full school closures.

He said his department consulted the teachers' union and experts on children's health and surveyed 28,000 parents and students before making the decision.

Full details of the return plan are expected next Wednesday.

The minister says the plan is for 100 per cent capacity with full curriculums and assessments, though he remains wary of a second wave of the pandemic.

He also says orders have been placed for protective gear for staff and sufficient supplies of sanitizer and cleaning supplies.

"If we have to make alternative calls because of the public health situation, then we're prepared to do that," Churchill told reporters following a cabinet meeting.

"Our priority is to have our kids back in school because we know that's where they'll do their best."

The provincial government has faced opposition criticism for being among the last in the country to present a detailed reopening plan.

Churchill said the province has been going through the parent-student survey results to determine how its online teaching programs went and assess the best way forward.

He says the officials have consulted with pediatricians at the IWK Health Centre and public health officials for advice on children's health concerns during a pandemic.

The minister also said the breakfast program for children will return in the fall.

Nova Scotia's Opposition Progressive Conservatives have been calling for a release of a plan for the province's public schools, saying parents and teachers required peace of mind ahead of September.

Tory Leader Tim Houston had pointed out last month that most other provinces have already made their plans public.

"It's helpful the minister has at least given a date when he can tell families and students and teachers what they can expect," Houston said on Thursday.

This report by The Canadian Press was first published July 16, 2020.