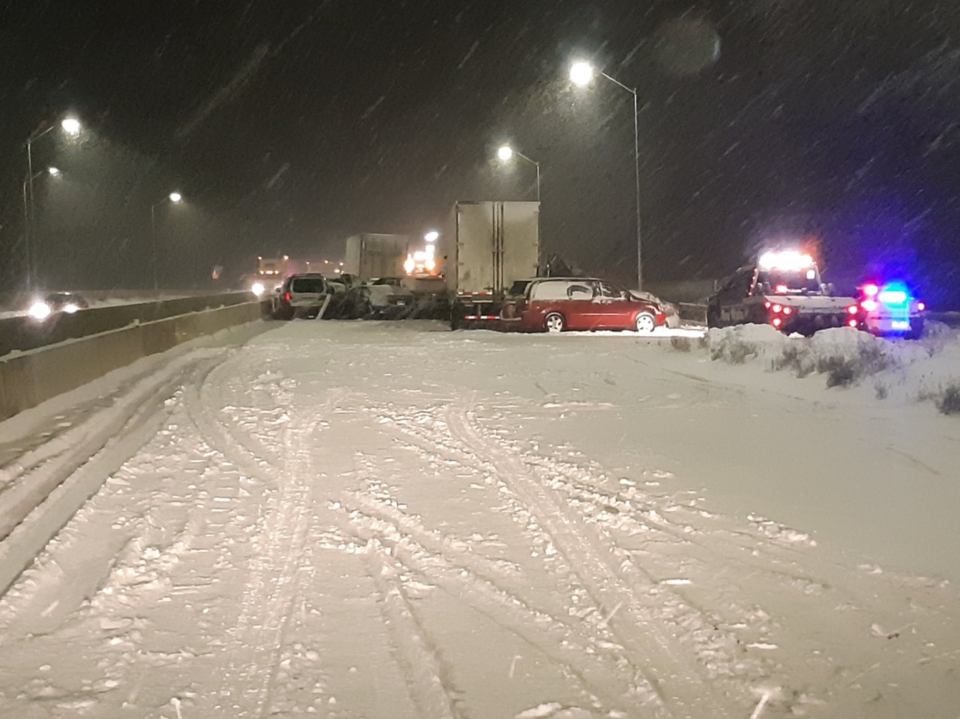 A Nova Scotia man has died in a multi-vehicle crash in Ontario.

Between 30 and 40 passenger vehicles and big-rig trucks were involved in the pileup on Highway 401 in Kingston, Ont. shortly before 2:30 p.m Sunday afternoon.

OttawaMatters.com reports paramedics treated 16 patients and transported them to hospital, three of them with life-threatening injuries.

Much of Southern Ontario was under a weather advisory and snowfall warning as a messy mix of rain, ice pellets, freezing rain, and snow battered the region.