SHERBROOKE, N.S. — A U.S.-based conservation group has chosen a site in Nova Scotia where it plans to build a kind of retirement home for whales raised in captivity.
Feb 25, 2020 3:30 PM By: Canadian Press 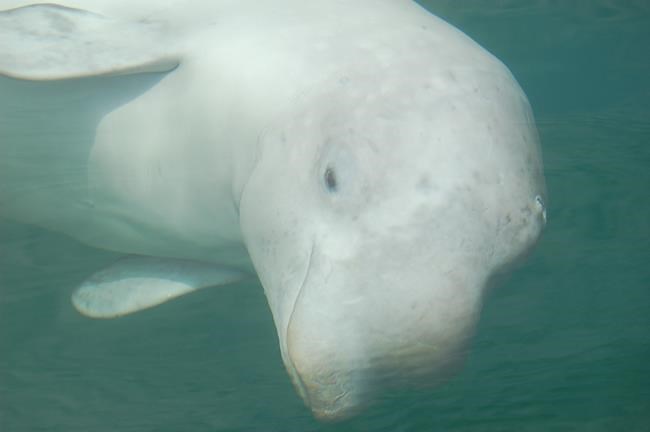 SHERBROOKE, N.S. — A U.S.-based conservation group has chosen a site in Nova Scotia where it plans to build a kind of retirement home for whales raised in captivity.

The Whale Sanctuary Project announced Tuesday that it wants to provide a home for about eight whales in a 40-hectare inlet southeast of Sherbrooke, N.S., at Port Hilford, along the province's rugged and lightly populated Eastern Shore.

Charles Vinick, director of the non-profit group, says it still requires provincial and federal permits and an estimated $12 to $15 million for capital costs.

The project involves installing nets to enclose an inlet, creating an area where the retired orca and beluga whales are free to swim and dive deeply, while still being fed and cared for by the group.

"You might think of it as retirement, or assisted living," said Vinick in a telephone interview.

"These whales have raised tens of millions of dollars for their park owners, and they've entertained millions of people, and we owe something back."

Vinick says consultation work will continue with the small communities in the area, as well as with a group of lobster fishermen who have fished the local waters.

However, he also says strong community support for the project has been key to selecting the Nova Scotia option over possibilities in British Columbia and Washington State.

Vinick says the pristine waters about 200 kilometres northeast of Halifax offer an expansive area in a bay that's open to the ocean but is sheltered from storms.

He says his group's past experience with captured whales is that they cannot re-adapt to life in the wild without assistance .

Educators from the Nova Scotia Community College are partnering in the project, using the expertise of Tim Webster, the head of the college's applied geomatics research group, to analyze the waters where the whales will swim.

Webster and his team have already readied three moorings, along with pressure and temperature sensors, to provide meteorological and oceanographic data.

"It's essentially a mini observatory that's attached to the ocean floor," said a news release from the college.

The plan to locate a sanctuary in Nova Scotia comes in the wake of Parliament passing Bill S-203 last year to bring an end to the captivity of whales and dolphins in Canada.

"In the confines of a concrete tank at a marine park they suffer chronic stress and then often fatal illness. Relocating them to an ocean environment will give them a healthier life where they can thrive."

Stephen Flemming, director of the nearby Sherbrooke Village Museum, said in a news release that he's "delighted at the prospect of having a whale sanctuary nearby."

Vinick said the group intends to work with schools and museums to offer educational programs about the whales at the sanctuary and their counterparts in the wild.

The Whale Sanctuary Project's objective is to have the sanctuary ready to receive whales by the end of 2021.

Vinick estimates the annual cost will be $2 million — including a veterinary clinic staffed full-time and a nearby interpretation centre.

Canada should engage UN racism group, though chair independence a question: expert
May 14, 2021 8:46 AM
Comments