HALIFAX — Nova Scotia's Liberal party has decided there won't be in-person voting when members choose a replacement for Premier Stephen McNeil in February. Instead, members will be asked to vote online or by telephone between Feb.
Sep 14, 2020 5:38 PM By: Canadian Press 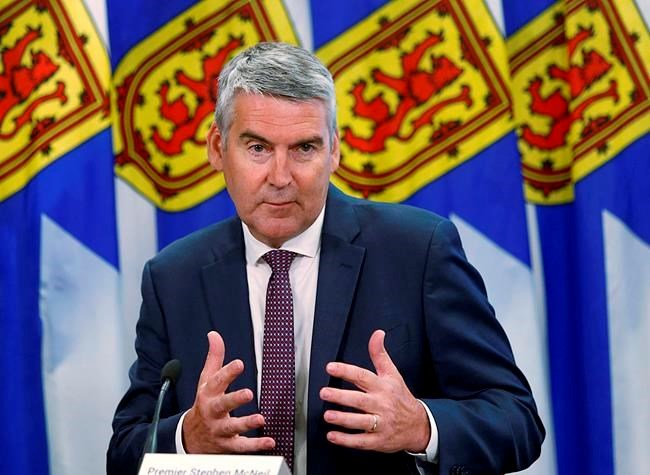 HALIFAX — Nova Scotia's Liberal party has decided there won't be in-person voting when members choose a replacement for Premier Stephen McNeil in February.

Instead, members will be asked to vote online or by telephone between Feb. 1-6, with the winner to be announced during a live-streamed convention on Feb. 6.

Party president Joseph Khoury said he expects most of the voting will happen towards the end of the voting period and on the day of the convention.

"I think a lot of people like to do that," Khoury told reporters Monday. "Nothing will be released until the auditor approves of it at the end of the (voting) period."

Under the final leadership rules, anyone who becomes a party member before Jan. 7 and who pays a $20 fee will be eligible to choose the next leader. Previously, a limited number of delegates were elected by the local Liberal associations to cast votes at the leadership convention.

Khoury said the change reflects a wish to open up the leadership process to more members.

"We made it this way to ensure as much openness as we can and as wide a representation across the province as possible," he said.

No one has officially announced a bid for the leadership, although McNeil confirmed to reporters Monday that his chief of staff, Laurie Graham, is considering a run. McNeil unexpectedly announced his resignation last month, saying it was time to leave politics.

Candidates have until Oct. 9 to register and pay a $60,000 fee, of which $10,000 is potentially refundable. The refundable portion is a compliance fee to ensure all candidates follow party rules.

The party will use a preferential ballot system to elect its next leader. Each member gets one vote and each riding association represents 100 points. The winning candidate must win at least 50 per cent plus one of the total number of points assigned to the riding associations.

Candidates won't be allowed to incur campaign expenses totalling more than $350,000. They are not allowed to accept contributions or have expenses paid on their behalf by a government entity or riding association and are prohibited from accepting contributions from corporations, trade unions, and non-residents.

As well, candidates will not be able to receive paid or in-kind advertising from a third party group or organization.

Contact with party members and delegates will be limited to 10 emails per calendar month, while one automated phone call and one text per week will be allowed until the election.

This report by The Canadian Press was first published Sept. 14, 2020.

Note to readers: This is a corrected story. A previous version indicated voting will take place Feb. 1-5.