HALIFAX — A Nova Scotia MP is demanding Ottawa step in to quell rising anger among lobster fishermen who are accusing Indigenous fishermen of illegally trapping and selling lobster out of season.
Sep 16, 2020 5:43 PM By: Canadian Press 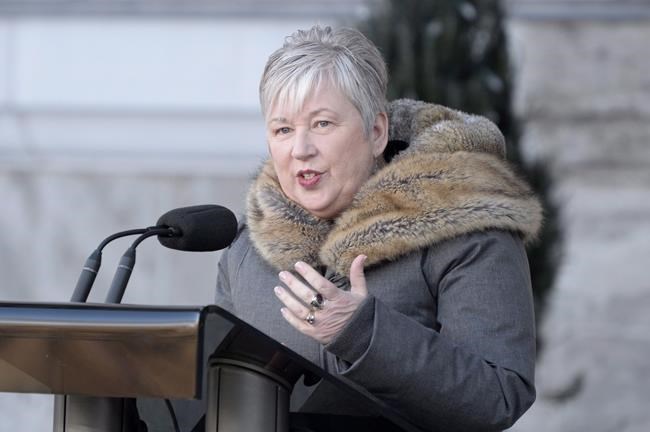 HALIFAX — A Nova Scotia MP is demanding Ottawa step in to quell rising anger among lobster fishermen who are accusing Indigenous fishermen of illegally trapping and selling lobster out of season.

Chris d'Entremont, the Conservative MP for West Nova, sent a letter to Fisheries Minister Bernadette Jordan on Wednesday, saying he is worried about the safety of his constituents.

They say a communal First Nations lobster fishery is being used as cover for an illegal commercial fishery, and they are demanding a crackdown on those selling lobster out of season.

D'Entremont said the protests — in Saulnierville and Weymouth — were the result of Jordan's failure to take action on an issue that has been a source of friction in the Maritimes for more than 20 years.

The Assembly of Nova Scotia Mi'kmaw Chiefs has cited a 1999 Supreme Court of Canada decision affirming the constitutional right of First Nations to earn a "moderate livelihood" from fishing, saying Ottawa has yet to establish regulations for a moderate livelihood fishery.

The Conservative MP, whose constituency includes St. Marys Bay, has asked Jordan to travel to Nova Scotia to meet with fishermen to resolve the dispute.

"Your failure to take concrete action over the past year is unacceptable and a slap in the face to Nova Scotians," d'Entremont said in his letter, co-signed by New Brunswick Tory MP Richard Bragdon.

"Your dismal handling of this issue is undoing decades of relationship-building ... and jeopardizes the important dialogue that should be taking place .... We are calling upon you to take immediate concrete action to protect all Nova Scotians and de-escalate the current situation."

Jordan could not immediately be reached for comment Wednesday.

The Sipekne'katik Mi'kmaq First Nation in central Nova Scotia issued a statement saying it was preparing for an official ceremony on Thursday to distribute "livelihood tags" to Indigenous fishermen and bless their fishing fleet at the wharf in Saulnierville before launching a "sustainable and self-regulated livelihood fishery" based on their own management plan.

"No responsible person can legitimately argue that the Mi'kmaq right to fish for a moderate livelihood or that the right to sell that catch commercially does not exist," the First Nation said in the statement. "The Supreme Court of Canada said they do."

The First Nation says the lobsters that its fishermen catch will be sold to the public and seafood processors.

On Tuesday, a federal spokesman said the Fisheries Department has been working with all parties to ensure safe access to the fishery and to decrease tensions in the area. The department is also monitoring fishing activities, he said.

The ceremony Thursday will take place exactly 21 years after the Supreme Court of Canada decided Donald Marshall Jr. had a treaty right to fish for eels when and where he wanted — without a licence. Marshall had caught 210 kilograms of eels one day in August 1993 and sold them for $787.10.

The Marshall decision also said the Mi'kmaq, Maliseet and Passamaquoddy bands in Eastern Canada could hunt, fish and gather to earn a "moderate livelihood," though the court followed up with a clarification two months later, saying the treaty right was subject to federal regulation.

However, two Mi'kmaq communities, then known as Burnt Church in New Brunswick and Indian Brook in Nova Scotia, defied federal authorities and immediately set lobster traps under their own band management plans. That led to the seizure of traps, arrests, charges, collisions on the water, shots fired at night, boat sinkings, injuries and threats of retribution.

Over the course of the next three years, most First Nations in the Maritimes and Quebec signed interim fishing agreements with Ottawa, which spent millions of dollars to provide Indigenous bands with boats, equipment and licences. And there was a framework agreement with Ottawa in 2007.

But the Mi'kmaq in Nova Scotia rejected the deal, including the Sipekne'katik First Nation.

"Since Marshall was decided, (the federal Fisheries Department) has done nothing to recognize the treaty right to harvest and sell for a moderate livelihood," the band said in the statement issued Wednesday.  "This breach of Mi'kmaq constitutional rights and can no longer continue."

This report by The Canadian Press was first published Sept. 16, 2020.