Rankin is set to make an announcement about the tolled stretch of highway known as the Cobequid Pass
Jul 20, 2021 11:05 AM By: Canadian Press 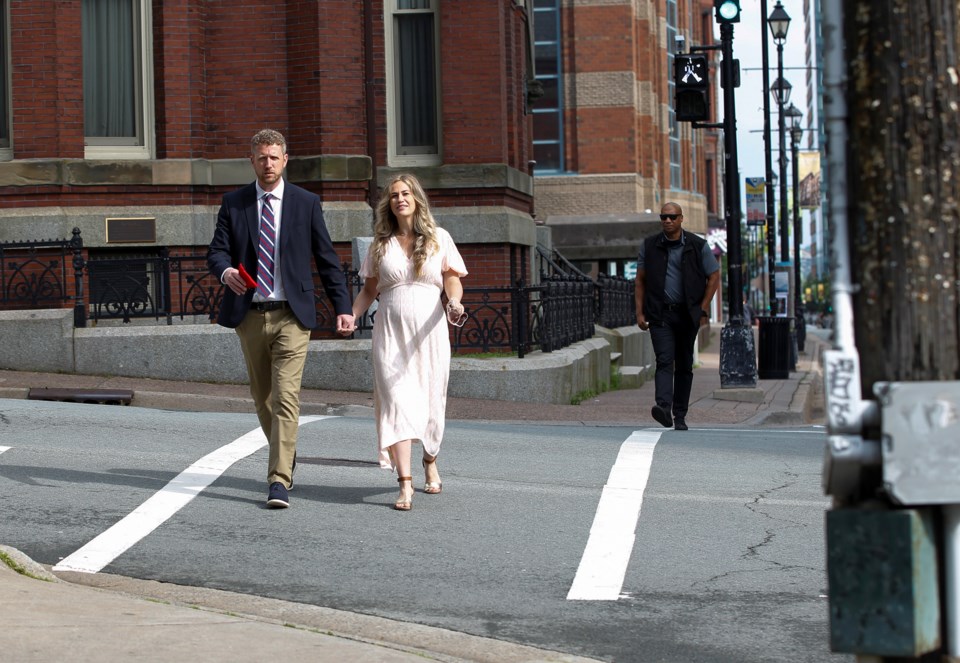 Iain Rankin and his wife, Mary Chisholm walk to Government House before the premier asks Lt.-Gov. Arthur J. LeBlanc to dissolve the legislature and call a general electionCommunications Nova Scotia

HALIFAX — Liberal Leader Iain Rankin is heading into a riding that was held by the Progressive Conservatives in the previous legislature as the provincial election campaign enters its fourth day.

He will be joined by veteran politician Bill Casey, whom the Liberals have recruited to run in Cumberland North.

The incumbent in the riding, Elizabeth Smith-McCrossin, was dropped from the Progressive Conservative caucus last month after she posted a video on social media supporting a protest that blocked the highway between Nova Scotia and New Brunswick.

Rankin is set to make an announcement about the tolled stretch of highway known as the Cobequid Pass, not far from the site of the protest blockade.

Casey previously represented the area in the House of Commons for years, first as a Conservative, then as an Independent and finally as a Liberal from 2015 to 2019.

The Tories have not yet announced their candidate in the riding for the Aug. 17 election.

This report by The Canadian Press was first published July 20, 2021.