HALIFAX — Use of the word "Micmac" on city signs, buildings and other municipal assets in Halifax is under review.
Nov 18, 2020 3:56 PM By: Canadian Press 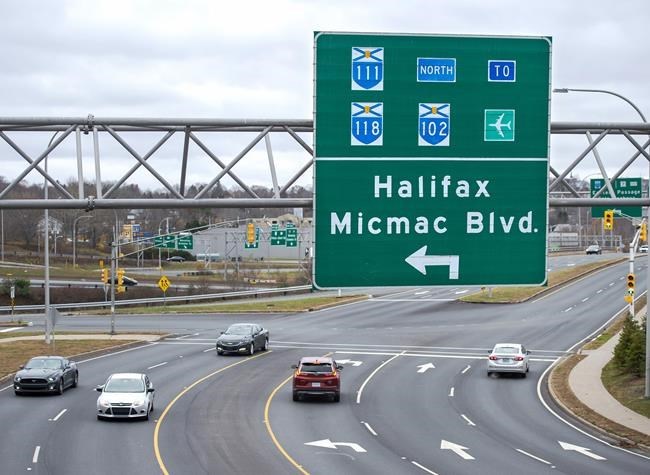 HALIFAX — Use of the word "Micmac" on city signs, buildings and other municipal assets in Halifax is under review.

Regional council on Tuesday unanimously endorsed a motion by councillor Sam Austin requiring city staff to review how the word is used and to produce a report. Micmac is an anglicized version of the Indigenous word for the Mi'kmaq First Nation.

Austin, who represents Dartmouth Centre, said the term is outdated, adding that his motion was based on recommendations from the city's Cornwallis task force. The task force was created in 2018 to propose changes to the way Halifax remembers its founder, Edward Cornwallis, the British officer accused of practising genocide against Indigenous people in the 18th century.

"It's been a simmering issue as to whether or not it's an appropriate use of the word," Austin said in an interview Wednesday. "With the Cornwallis task force it seemed like the right time to take a look at this."

The task force's July report noted the "near-absence" of public Mi'kmaq commemorations across the city. It said the Mi'kmaq community should be involved in the naming of new streets and other city assets and it recommended adding Mi'kmaq words to more city signage.

Austin said the word Micmac is used widely across the Halifax Regional Municipality, particularly in Dartmouth. Places and streets that bear the name include Micmac Street and Micmac Court in Halifax; Micmac Drive and Micmac Park in the Hammond Plains suburb; and in Dartmouth, Micmac Boulevard, Micmac Drive, and the Micmac transit terminal.

Austin said the name became popular following a 1922 newspaper contest that helped rename Second Lake in Dartmouth to Micmac Lake; the body of water was renamed again, in 1975, to Lake Micmac.

"If you go back to that time, place and history it wasn't really a time where society was much interested in honouring First Nations — we were in full assimilation mode," Austin said, adding that the city should consider ways to reintroduce Mi'kmaq words that have been "erased" over time.

Daniel Paul, a Mi’kmaq elder and author who has been outspoken about the need to remove Cornwallis’s name from city monuments, said he thinks it is a good idea to drop Micmac in favour of Mi'kmaq if the city wants to keep the street named after the First Nation.

"Micmac is redundant and it's been redundant for a long time," Paul said in an interview Wednesday. "I think overall (changing) is a good approach … it's something that would keep up to reality and the reality is we don't use that term anymore."

Austin said it's unclear how long the city will take to produce a report, adding that it will take time to consult the Mi'kmaq and the wider community.

This report by The Canadian Press was first published Nov. 18, 2020.

Province offers grant to Halifax-area businesses ordered closed under new COVID rules
Nov 26, 2020 5:23 PM
Comments
We welcome your feedback and encourage you to share your thoughts. We ask that you be respectful of others and their points of view, refrain from personal attacks and stay on topic. To learn about our commenting policies and how we moderate, please read our Community Guidelines.