HALIFAX — The common law spouse of the man who carried out the mass shooting in Nova Scotia in mid-April is suing his estate, alleging he caused her to suffer psychological, physical and emotional injuries.
Aug 13, 2020 5:49 PM By: Canadian Press 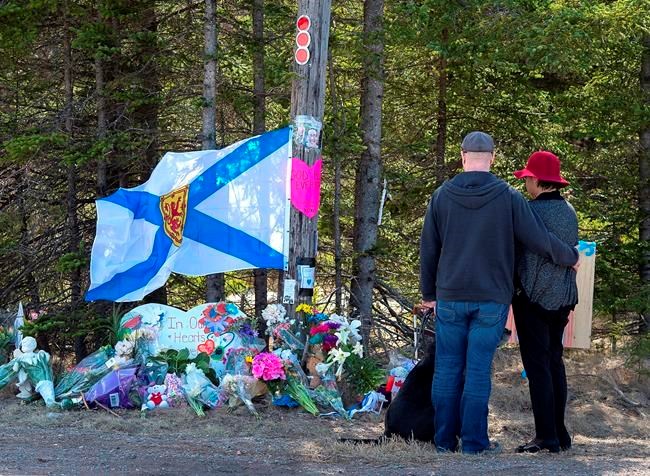 HALIFAX — The common law spouse of the man who carried out the mass shooting in Nova Scotia in mid-April is suing his estate, alleging he caused her to suffer psychological, physical and emotional injuries.

In a statement of claim filed Wednesday in Nova Scotia Supreme Court, the woman's lawyer, Peter Rumscheidt, doesn't provide a precise figure for the damages being claimed.

The woman says she was in a long-term relationship with Gabriel Wortman, a denturist based in Dartmouth, N.S., before he was killed by police after going on a shooting rampage April 18-19. Wortman had killed 22 people and set fire to a number of properties.

The former spouse says she and Wortman were together at his property in Portapique, N.S., on the night of April 18. She said she was the victim that night "of an assault and battery perpetrated against her by Mr. Wortman."

She also says she was held against her will by Wortman and suffered from "intentional infliction of mental suffering."

RCMP investigators have said the woman escaped into the woods on the night of April 18 and after taking refuge in a neighbour's home, she spoke to police at about 6:30 a.m. on April 19 about her spouse owning a replica police vehicle and illegal firearms.

Wortman murdered 13 people in the coastal community about 40 kilometres west of Truro before escaping to kill nine others in several other Nova Scotia towns. He was finally shot and killed by police at a service station in Enfield, N.S., on the morning of April 19.

The woman has already renounced her right to be the executor of the will for Wortman's estate, initially valued at more than $1.2 million, requesting it be administered by the public trustee.

In his will, the mass killer's assets are listed as including six properties in Portapique and Halifax worth a total of $712,000 as well as $500,000 in personal belongings. The will was dated March 29, 2011, and is written on four pages.

The public trustee is responsible for paying the debts and outstanding taxes of the killer and is charged with providing a full inventory of assets within three months.

Truro lawyer Robert Pineo has said most family members of Wortman's victims have already joined in an application to certify a class action to sue the estate for compensation for their losses and suffering as a result of the mass shooting.

Wortman had specified in his will that a "female companion/friend," was to have full control over his funeral. He instructed that his body be wrapped in a Hudson's Bay blanket and buried in a concrete vault at the cemetery in Portapique with no service or public notice of his death.

This report by The Canadian Press was first published Aug. 13, 2020.

Mi'kmaq lobster fishery in Nova Scotia grows to 10 boats from seven
Sep 28, 2020 5:13 PM
Comments
We welcome your feedback and encourage you to share your thoughts. We ask that you be respectful of others and their points of view, refrain from personal attacks and stay on topic. To learn about our commenting policies and how we moderate, please read our Community Guidelines.