HALIFAX — Nova Scotia released its long-awaited plan to reopen parts of its economy accompanied by millions in new government aid Wednesday, part of what Premier Stephen McNeil says is a cautious approach aimed at preventing another spike in COVID-19
May 27, 2020 5:50 PM By: Canadian Press 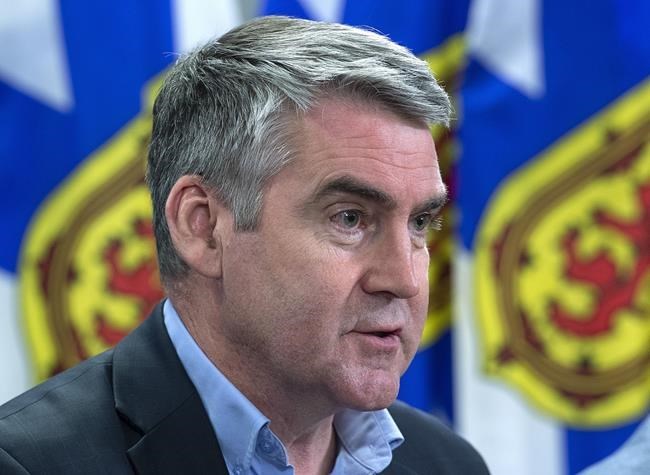 HALIFAX — Nova Scotia released its long-awaited plan to reopen parts of its economy accompanied by millions in new government aid Wednesday, part of what Premier Stephen McNeil says is a cautious approach aimed at preventing another spike in COVID-19 cases.

McNeil said most businesses that were required to close under a public health order in late March will be allowed to open beginning June 5, provided they submit a plan that follows public health protocols for physical distancing.

Fitness facilities, such as gyms, yoga studios and climbing centres, will also be allowed to operate.

"We believe that we have found a balance between public safety and restarting our economy," said McNeil, who acknowledged that his province is among the last in the country to restart.

"We are still moving slowly, but this is a good first step. We've considered feedback gathered through the consultation with businesses and associations."

The province is also allowing some health providers to reopen, including in dentistry, optometry, chiropractic and physiotherapy services. Veterinary services are also green-lighted along with some unregulated health professions, such as massage therapy, podiatry and naturopathy.

However, McNeil said the province is continuing to work with the child-care sector on a reopening plan and a target date of June 8 has now been pushed back to June 15.

"Every business that is about to reopen must follow public health protocols," the premier said.

Dr. Robert Strang, the province's chief medical officer of health, said allowing businesses to reopen with modifications is an important way to help create "our new normal" in the fight against COVID-19.

Strang said maintaining the two-metre physical distancing rule and adhering to capacity limits will be key, especially for restaurants.

"If a business is too small to ensure the two metres distance between customers and clients, then the gathering limit which is now five applies," he said.

Strang said restaurants would open to a maximum of 50 per cent capacity during the initial phase, while only allowing up to five people at a table provided that's possible.

"Our new normal does mean modifications for all of us in how we live, work and play," he said.

Meanwhile, McNeil announced $25-million in funding for small businesses, non-profits, charities and other social enterprises to help them open safely, with online applications available June 1. There is also a voucher program of up to $1,500 to allow businesses to access consulting services for advice.

"We understand this has been difficult, and businesses are hurting, and reopening is challenging," McNeil said.

McNeil said the idea is to support small and medium-sized construction companies so they can hire up to 2,000 Nova Scotians to do the work.

He said the funding was new money that would be added to the more than $1 billion capital plan announced in February — the largest single-year capital plan in the province's history.

McNeil said he would provide further details on opening the economy and on social gatherings on Friday.

The province reported one new case of COVID-19 on Wednesday bringing the total number of confirmed cases to 1,053. There were no new deaths reported, leaving the province's total at 59.

This report by The Canadian Press was first published May 27, 2020.

Mi'kmaq fisherman intends to fight federal charges alleging illegal lobster catch
Oct 26, 2020 8:56 PM
Comments
We welcome your feedback and encourage you to share your thoughts. We ask that you be respectful of others and their points of view, refrain from personal attacks and stay on topic. To learn about our commenting policies and how we moderate, please read our Community Guidelines.