HALIFAX — As a large Halifax nursing home saw a spike in COVID-19 infections Monday, union leaders said they're concerned that longstanding staffing and equipment shortfalls are making it harder to battle the pandemic.
Apr 13, 2020 5:54 PM By: Canadian Press 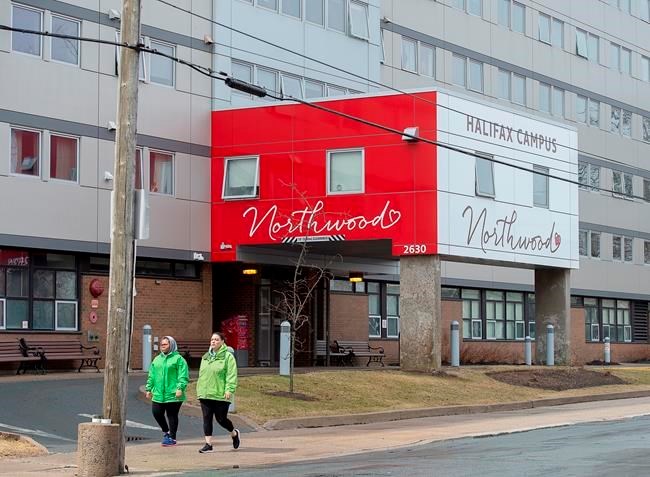 HALIFAX — As a large Halifax nursing home saw a spike in COVID-19 infections Monday, union leaders said they're concerned that longstanding staffing and equipment shortfalls are making it harder to battle the pandemic.

The Northwood facility reported 16 residents have tested positive — double the number reported the previous day — with cases spread throughout the complex that houses 585 residents.

The continuing care facility said in a news release that all of the sick residents are currently relocated to a treatment floor and "are in stable condition at this time."

Northwood says 10 staff members have also tested positive for the virus, but notes it has 1,800 employees to ensure adequate care.

However, Angela Downey, a continuing care assistant and the business agent for the Unifor local at Northwood, said the spread of the virus through nursing homes in the province is likely to expose underlying weaknesses in staffing levels.

Downey said she fears there could be shortages of front-line workers as the illness spreads and continuing care assistants cannot report for their shifts.

Unifor represents the majority of the continuing care assistants, the front-line workers who care for the residents' daily needs, at the non-profit facility.

"As it is, there is a staffing issue in all long-term care," Downey said in an interview.

Dr. Robert Strang, the province's chief medical officer of health, said steps are being taken to minimize the spread and he's confident everything that "could possibly be done, is being done."

Still, he also said due to staffing "challenges" some continuing care workers will be permitted to return to work after being exposed to an infected person before the usual two-week quarantine period is over.

"If staffing were not an issue and we had no challenges in (having) adequate staff to provide essential care for residents, we would have all health workers in a long-term care facility who are exposed off for 14 days," he said.

"We don't have that luxury."

He added workers asked to return — after a negative test and demonstrating they're asymptomatic — will wear personal protective equipment and have their temperatures checked each day.

A spokesperson for the facility said members of the executive at Northwood were unavailable for comment.

Downey said it's not uncommon for a unit with over 30 residents to have three continuing care assistants to look after their daily needs. More equipment is needed to manage the situation, she added.

"Having one (surgical) mask a day isn't sufficient, especially when you're doing day-to-day care," she said, adding that staff only receive an additional mask if the one they're using becomes soiled.

During Monday's briefing, Premier Stephen McNeil said he's confident the province has sourced adequate supplies of surgical masks and he expects distribution will be ramping up.

Still, Janice Keefe, co-author of an expert panel on long-term care received by the health minister in December 2018, said it's been evident for years that care homes are "strained" in terms of human resources.

The director of the Nova Scotia Centre on Aging at Mount Saint Vincent University said the pandemic is revealing pre-existing problems, including low levels of pay for continuing care assistants and cleaners, and a growing reliance on part-time workers who have to move among facilities to make a living.

"This has really brought to the forefront how our health-care system has underfunded long-term care for a very long time," she said.

McNeil said now is not the time to discuss "staffing models."

"There will be lots of time for debate, and unions and others will have their opportunity to criticize or question what we've done in the past."

In Prince Edward Island, Dr. Heather Morrison, the province's public health officer, said a potential outbreak in a long-term care home is a major concern, despite the low number of overall cases on the Island.

Morrison said there were no new cases of the virus on Monday, leaving the total number of confirmed cases at 25.

"An outbreak in a long-term care facility with a number of deaths — like we've seen in Ontario and Quebec, for instance — would be so devastating," she said.

"This is a population that we counted on for all our lives, and now they are counting on us," Ball said.

— With files from Keith Doucette and Holly McKenzie-Sutter.

This story by The Canadian Press was first published April 13, 2020.