American who attacked N.S. women sentenced for fleeing to Canada in 1996

HALIFAX — A New York state judge has sentenced a man who committed violent sexual crimes in Nova Scotia to between two and six years of additional jail time for absconding from justice and fleeing to Canada in 1996.
Jul 30, 2020 4:41 PM By: Canadian Press 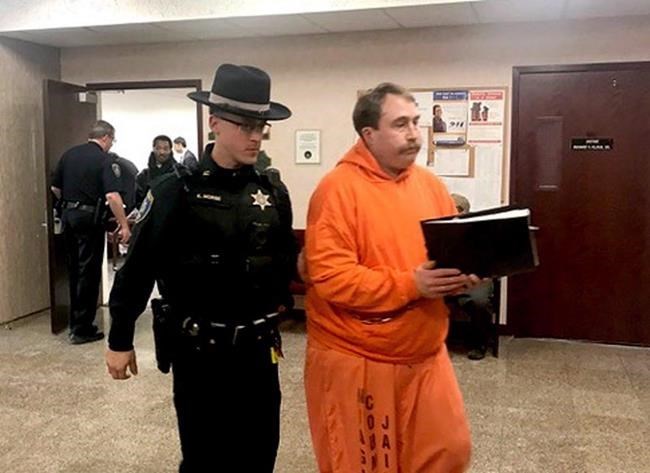 HALIFAX — A New York state judge has sentenced a man who committed violent sexual crimes in Nova Scotia to between two and six years of additional jail time for absconding from justice and fleeing to Canada in 1996.

William Shrubsall carried out a series of rapes and beatings against Halifax women after he jumped bail and found his way to the provincial capital.

U.S. district attorney Caroline Wojtaszek confirmed the sentence in an interview Thursday, adding that during the hearing in Niagara County, N.Y., on Wednesday she argued Shrubsall was a brutal and manipulative man who was capable of further harm to women.

"I'm concerned about his compulsiveness and his violent nature ... and I hope the state of New York does everything it can to keep him away from society for as long as possible," she said.

The 49-year-old American — who now goes by the name Ethan Simon Templar MacLeod — originally fled to Canada to avoid sentencing on sexual assault charges in the United States.

Shrubsall was deported to New York on Jan. 22, 2019 after he obtained a controversial release from the Parole Board of Canada based on its view he stood to serve many more years in American penitentiaries.

He is currently serving a sentence of two-and-one-third to seven years for his original conviction in absentia for the sexual assault of a 17-year-old woman.

Wojtaszek says the sentence for jumping bail will be on top of his existing sentence, and that the earliest Shrubsall could be eligible for parole is in about four years.

The state prosecutor said it would be extremely rare for an offender with Shrubsall's record to be granted parole at the earliest eligibility date.

However, she added it was unfortunate that he didn't remain in jail in Canada longer as a dangerous offender.

"I know great lengths were taken to pursue that (dangerous offender) status, and I'm sure the Nova Scotia prosecutor thought that it would be as close to a life sentence as you could get," she said.

"Instead, I think he got out after what would have been a fair sentence for just one of his crimes."

The prosecutor said she will assemble all relevant materials about Shrubsall and forward them to the state's attorney general, who Wojtaszek said may apply for Shrubsall to remain incarcerated in "a secure facility but not a prison" under a civil confinement order.

A New York civil confinement order, if approved by a judge, allows people to be kept in custody for the protection of the public even if granted parole.

"The (New York state) attorney general would have to review all his files and petition the courts for his continued detention under civil confinement (state) law," said Wojtaszek, adding that such an application would come closer to Shrubsall's parole date.

Shrubsall was designated a dangerous offender in Canada in 2001 after the American fugitive committed a series of attacks against women in Halifax.

The crimes included the fracturing of one victim's skull with a baseball bat in 1998 to the point she spent five days in a coma and almost died.

Wojtaszek has said that initially U.S. authorities simply didn't know where Shrubsall was after he suddenly disappeared on the third day of his sexual abuse trial, leaving a suicide note.

In Canada, Shrubsall used a series of aliases as he first stalked a woman he'd met and then went on to commit brutal crimes against three others.

In February 1998, he inflicted the baseball bat assault on a clerk in a Halifax waterfront store.

Three months later, he beat, robbed and sexually assaulted a 19-year-old university student in a south-end Halifax driveway. And in June 1998, he choked and confined a 26-year-old woman.

Those came on top of his American crimes, which included beating his mother to death when he was 17 in their home in Niagara Falls, N.Y. He told the court at the time that his mother had abused him.

This report by The Canadian Press was first published July 30, 2020.

Common law partner of Nova Scotia mass shooter sues his estate for trauma, injuries
Aug 13, 2020 5:49 PM
Comments
We welcome your feedback and encourage you to share your thoughts. We ask that you be respectful of others and their points of view, refrain from personal attacks and stay on topic. To learn about our commenting policies and how we moderate, please read our Community Guidelines.