Yukon easing restrictions but some will remain until more people vaccinated: minister 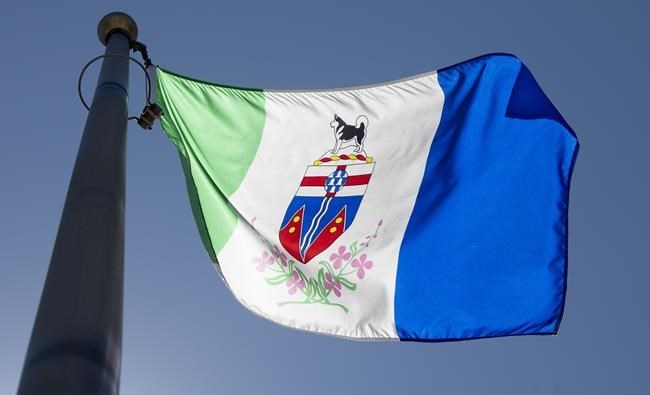 People won't need to wear masks in indoor public places now that 79 per cent of residents are fully vaccinated and bars and restaurants will be allowed to return to full capacity without the need for physical distancing, she told a news conference Wednesday.

But the government has not eased restrictions on social gatherings, saying that's where the spread of COVID-19 continues to be the highest.

"This is not a recommendation to party," Elliott warned on Wednesday.

"In fact, some types of partying has contributed significantly to the case counts that we have seen. This is a call to responsibility."

Last week, the government recommended people with both vaccine doses could gather in groups of up to 20 indoors and 50 outdoors. Those who were unvaccinated were encouraged to stick with their "safe six'' because of significantly higher risk.

Masks will be recommended in specific settings like doctors' offices, hospitals and long-term care facilities, Elliott said. Businesses may also request that masks be worn, she added.

"That will mean all the remaining restrictions introduced under the Civil Emergencies Measures Act will be lifted and we can truly begin to move on from this life-changing pandemic," he said.

The territory reported seven new cases of COVID-19, with six of them among people who were not vaccinated. A total of 534 cases have been reported, 465 of them since June 1. Six people have died since the start of the pandemic.

"And because so many unvaccinated Yukoners have become very ill, we're now seeing people overcome their reluctance to take the jab," Mostyn said.

About 59 per cent of people between the ages of 12 and 17 have received both doses of the vaccine, he said.

Elliott said no cases of the Delta variant, first detected in India, have been reported in Yukon. Variants circulating in the territory are Alpha, first linked with the United Kingdom and Gamma, which originated in Brazil.

She is confident with the recommendations to lift restrictions, Elliot said.

"We've accounted for all the jurisdictions' current case activity and we've determined that the overall risk of COVID-19 coming into the territory at a rapid rate is very unlikely."

People have to learn to transition to a time of learning to live with COVID-19, she said.

"We'll need to keep our eyes on this disease for years to come," Elliott said.

"We must adjust and accept that our lives may be impacted ever so slightly, for months and possibly for years to come. Even so, we need to consider the implications if we don't make an active, active effort to move ahead."

— By Hina Alam in Vancouver.

This report by The Canadian Press was first published July 21, 2021.