OTTAWA — The first big overhaul of Canada's patented medicines pricing regime in three decades is being delayed for the third time.
Jun 29, 2021 6:42 PM By: Canadian Press 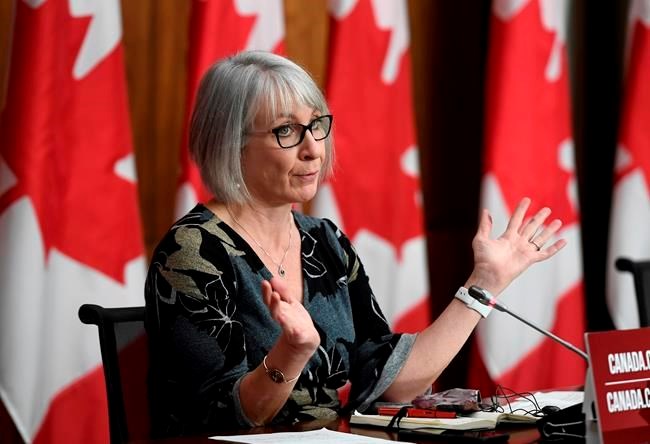 OTTAWA — The first big overhaul of Canada's patented medicines pricing regime in three decades is being delayed for the third time.

The Patented Medicine Pricing Review Board is supposed to ensure prices for new pharmaceuticals in Canada aren't excessive.

In 2019, the government published new regulations to guide the board's work, adjusting the countries used for comparison purposes and introducing new economic conditions to help determine whether proposed prices are unreasonable.

The government said then that the changes could cut drug prices by $13 billion over the next decade and they were set to take effect July 1, 2020. Health Minister Patty Hajdu agreed to delay them six months because of the pandemic and then days before the Jan. 1 implementation date, she delayed them again until July 1, 2021. On Tuesday, she delayed them further until January 2022.

"In consideration of the impact of the third wave of the COVID-19 pandemic and the ongoing efforts related to the pandemic response, this delay will provide industry with additional time to adapt to the new reporting obligations," reads a statement provided by Health Canada Tuesday.

"The Government of Canada remains committed to improving the affordability, accessibility and appropriate use of medicines for Canadians, and it is not anticipated that further delaying these amendments will be needed."

Multiple industry executives have warned the House of Commons health committee over the last year that the regulations add an unreasonable administrative burden, leave companies mired in uncertainty about what they can charge for new medicines, and discourage investment in Canada.

Innovative Medicines Canada, a pharmaceutical industry group, welcomed the latest delay if it means the government is open to starting over.

“This news is good news for Canadians, as the current reforms will have a significant negative impact on access to potentially life-saving medication," said IMC president Pamela Fralick.

Conservative health critic Michelle Rempel Garner said the delay is a sign the government recognizes the regulations will hurt Canada and "need to be rethought."

“It makes no sense that the Liberals want to escalate tensions with pharmaceutical companies in the midst of a global pandemic, when Canadians still need access to vaccines and therapeutics," she said.

But NDP health critic Don Davies said the Liberals are caving to pressure of "big pharma."

"I have no doubt the pandemic has been used, explicitly or implicitly," to threaten Ottawa to back off on the regulations, Davies said in an interview with The Canadian Press.

Many of the companies lobbying against the regulations are supplying the COVID-19 vaccines Canada desperately needs, including Pfizer, which has supplied almost two-thirds of Canada's vaccine doses to date.

Prime Minister Justin Trudeau is also in the midst of trying to rebuild Canada's domestic pharmaceutical industry after being left entirely reliant on foreign production for COVID-19 vaccines. The industry has warned the regulations could hurt that effort.

Davies said that's hogwash, noting many European countries with lower mandated drug prices have very strong pharmaceutical industries. He said delaying the regulations, which would save money for Canadians who need life-saving drugs, is both "cowardly and misinformed."

Sharon Batt, a bioethics professor at Dalhousie University in Halifax, has spent years researching the pharmaceutical industry. She agreed with Davies that it is suspicious that companies with a lot of clout because they're supply COVID-19 vaccines, have been successful now in delaying regulations they don't like three times.

"I'm more than disappointed, I'm starting to get angry," she said. "And the reason they're giving, which is that they want relieve stress on the industry, to me makes no sense. I don't think it's a good justification."

Batt said these regulations are needed to establish a national pharmacare program, which Canada badly needs.

"It's way overdue that we take this step and I think it would make a huge difference to patients who need drugs and can't afford them and to the provinces that are trying to cover essential drugs with their limited budgets."

This report by The Canadian Press was first published June 29, 2021.