US home sales plunge 8.5% in March, and it may grow worse

BALTIMORE — U.S. sales of existing homes cratered 8.5% in March with real estate activity stalled by the coronavirus outbreak. The National Association of Realtors said Tuesday that 5.27 million homes sold last month, down from 5.
Apr 21, 2020 11:31 AM By: Canadian Press 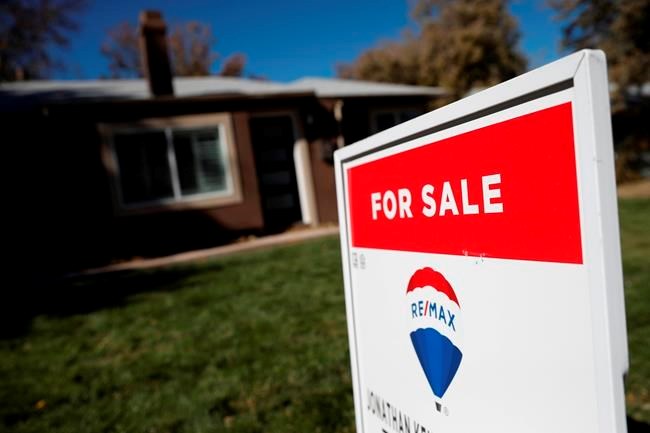 The National Association of Realtors said Tuesday that 5.27 million homes sold last month, down from 5.76 million in February. The decrease was the steepest since November 2015.

The situation will likely get worse, said Danielle Hale, chief economist at realtor.com.

“Going forward, we’ve seen both home buyers and sellers report being less confident and many are making adjustments to the process,” Hale said. "Already, sellers are getting less aggressive with asking price growth, and we’re seeing roughly half as many new listings come up for sale this year versus last year."

Home-buying had been steady for the first half of March because of low mortgage rates and the finalization of contracts signed in prior months, only to collapse in response to COVID-19 burying the economy in a likely recession. Businesses and schools have closed and millions of Americans have lost their jobs.

Sales in March were still 0.8% higher from a year ago, when mortgage rates were higher than now.

The real estate market was already facing pressure from a shortage of sales listings and prices climbing faster than incomes, a linked set of problems that intensified last month.

The number of homes for sale in March plunged 10.2% from a year ago, to 1.5 million. This shortage appears to be most pronounced among entry level homes. The total number of sales of homes worth less than $250,000 has fallen over the past year because there are so few available.

The national median sales price jumped 8% over 12 months to $280,600, even as overall consumer prices fell 0.4% in March. Prices have been consistently rising faster than incomes for several years, such that many homeowners are struggling as 22 million people have lost their jobs in the past four weeks. The Mortgage Bankers Association said Monday that 6% of mortgages are under forbearance because of the downturn.

Toronto health officer closes 3 restaurants as result of COVID contact tracing
Sep 26, 2020 6:00 PM
Air traffic controller Nav Canada closing Halifax flight information centre
Sep 26, 2020 1:41 PM
Comments
We welcome your feedback and encourage you to share your thoughts. We ask that you be respectful of others and their points of view, refrain from personal attacks and stay on topic. To learn about our commenting policies and how we moderate, please read our Community Guidelines.